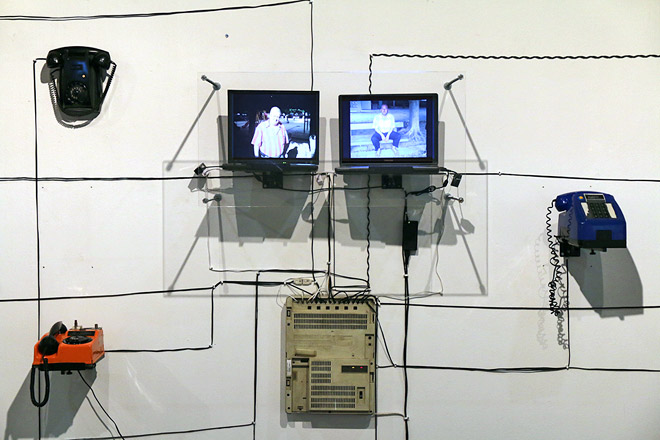 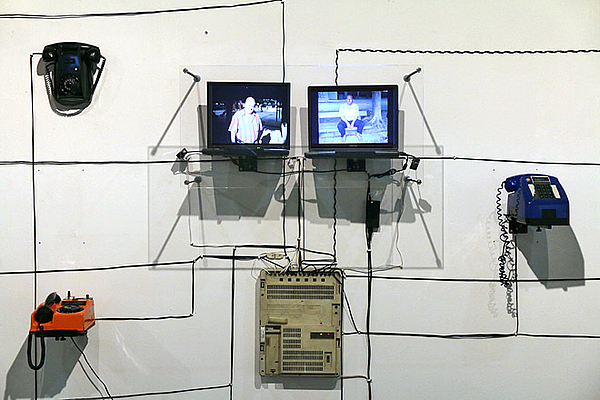 Voices of the Invisibles. 2013
Interactive sound installation, in collaboration with Camille Brunel, software design by Dr. Chafick Mokbel
The phones are connected to a telephone exchanger linked through a computer software that triggers the calls. During the time of the installation, the phones ring, the spectator picks up… and hears the voice of a person who tells a story.

The Invisibles are the men and the women who the artist met in the Jesuits Garden in Beirut (Lebanon) during 2013. Most of them are Syrians or Lebanese originally Syrians, or people dealing with the social and economic consequences of a country deeply affected by the war in Syria.