Stal Gallery and Studio in Muscat

Interview with Hassan Meer about the new art center, that intends to become a hub for artists who want to introduce changes in Oman. 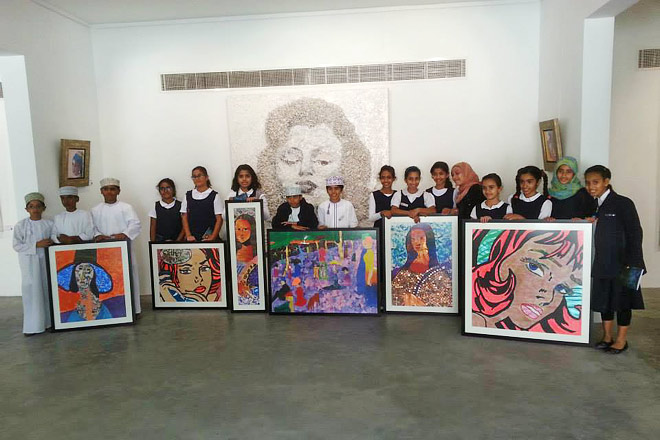 There is a small village in the Sultanate of Oman located near Wadi bani Kharus (in Dakhiliya), where intellectuals used to gather. Today Stal, the name of the village, is still associated with knowledge and debate. Inspired by this heritage, Stal Gallery and Studio opened in Muscat in December 2013, taking up on the task of providing a space to enhance the understanding of visual arts, of hosting artists through residency opportunities, and of engaging with the community through exhibitions, educational visits, talks, and workshops. This initiative, although locally rooted, is Al Serkal Foundation’s first cultural project in Oman. Unsurprisingly, its artistic director, Hassan Meer, is among the local visual artists responsible for triggering debates in Oman, for the past decade about changing approaches to visual arts.

Anahi Alviso-Marino: In the year 2000, when you returned to Oman after completing your studies in fine arts in the United States, you and a group of artists initiated a project called The Circle, which envisioned changing the way exhibitions are organized, art works exhibited, and public audiences interpellated. In what ways has this initiative provoked changes in the Omani art scene?

Hassan Meer: I obtained my bachelor’s degree in media art and I also grounded my work through classes I took on conceptual art. When I finished my studies in 2000, there were many changes happening worldwide and in the arts, and as I returned to Oman I sought to introduce the new forms of art I experienced as a student. I then started to combine ideas, getting together with poets and interested people, and together we started a project that became a series of exhibitions under the name of the Circle [1]. At that time, fourteen years ago, it was something different for people in Oman and in the region, because few artists where doing installations back then, few spots were interested in showing this type of art, and it did mark a good beginning. We tried to capture people’s attention and interest in a different way and it worked, so we decided to continue. What happened later is that the whole region was changing at that time; I think the entire Peninsula and the Gulf moved faster than us. The last Circle was in 2007 [2]. Few things have changed since, few artists from Oman exhibit outside, internationally; the rest cannot move from here, and they cannot go beyond their thinking. The change we introduced was not to combine art with technology or conceptual art, but simply to use ideas that are linked to the roots of the culture and show them through different formats; that was the challenge. Nowadays there are so many young artists using these different formats in Oman, so much talent.

AAM: 2013 ended with the inauguration of Stal Gallery and Studio, where you are the artistic director. In a sense, this new project you have embarked upon revisits the ideas that inspired you to foster the Circle until 2007.

HM: I personally stopped being involved in curating within the Circle because it was difficult to find locations for the exhibitions and you need to be free from other commitments to organize all that. Stal Gallery is a new space, the possibility of a location for new projects, and some of the artists that participated in the Circle are represented here [3]. Stal Gallery comes as a new space for the development of artistic projects, thanks to Al Serkal Family from the United Arab Emirates, who donated it to Oman. I want to go back to that idea of introducing new things to Oman through the possibilities this gallery can offer. One of the ambitions at Stal Gallery is to bring together those talented artists I mentioned before and give them opportunities here and abroad to develop their works, through artistic residencies for example.

AAM: In what ways do you think that Stal Gallery differs from other galleries and art spaces in Muscat?

HM: There are very few galleries in Muscat. Being a non-profit organization, not a commercial gallery, we will be able to capture and realize new ideas. We can host new concepts. The first two exhibitions were classic exhibitions, but we want to introduce art to people in new ways. Also we want to help artists by giving them a proper direction, we want to be able to provide orientation in order to add value to their work, raise funds for them, provide materials, and organize exhibitions here, but also abroad. The idea is not commercially oriented. Of course, we encourage the right to sell because artists need to survive, but this is not our aim at the gallery.

AAM: Stal Gallery is part of an Emirati-Omani initiative, Al Serkal Foundation Cultural Project; how different is the artistic context in Oman from in neighboring Emirates?

HM: We cannot compare the art market in Oman with the one in the United Arab Emirates or Kuwait. After the great success of Al Serkal Avenue in Dubai (in Al Quoz industrial area), they expanded their projects. Ahmad Al Serkal has a large vision; Oman is one spot in this vision and they want to develop a similar model here. About the differences and similarities for artists between Oman and the Emirates, right now and at the individual level, nothing is really different. If you are a talented artist and you have your connections, you can be based anywhere and work, use the Internet and social media, and be connected to galleries and curators in order to expand your work. On a more general level, Dubai is more active. The Gulf region in general is a business area, open for new ideas. For that reason, artists there have better chances for success than over here.

AAM: What are the challenges that visual artists face in Oman?

HM: We certainly face some challenges here. For example, if a collector or a curator comes and wants to see a collection of Omani art from the 1970s or 1980s, there is no possible way: there are no museums dedicated to art, nothing. If they want to see contemporary Omani art, they face the same problem. The Al Serkal family has a vision that seeks to expand this by providing a space where art becomes more accessible. Before the 1970s, we were living here a dark age, artists were either abroad or they were here producing some fantastic works, but all this just seems to have disappeared and the government missed this opportunity. At that time Omanis were not collecting art, expats bought the works, and everything was missed. This means that now the younger generations have nowhere to go to appreciate this part of their culture. We talked about these needs at the beginning of the 1990s, but nothing happened since then. The government has the money and if they carry out a project such as a museum or a foundation they have absolutely nothing to lose.

AAM: What are the future projects you will be developing at Stal Gallery?

HM: The idea of phobia is part of my newest and future projects. In the past two years, I’ve felt scared watching what happened in the whole area, how people were dying. Personally, I am working on the idea of Islamophobia, but I want to bring a group of artists together whose works deal with this subject. I have been working on this idea in photography and films, and I would like to do an installation. We were very active in the 2000 years and now it’s time to get active again. We now have a fantastic setup to do it, a space where it will be possible to bring changes again. Stal Gallery will be a hub for artists who want to introduce changes, and we will support artists in that direction. The City & The Street

At the 4th Circle Exhibition, artists from several countries showed their works throughout Muscat. Installation and video art by artists from Oman, the Arab World, and other countries. Curator: Hassan Meer. Muscat, Oman