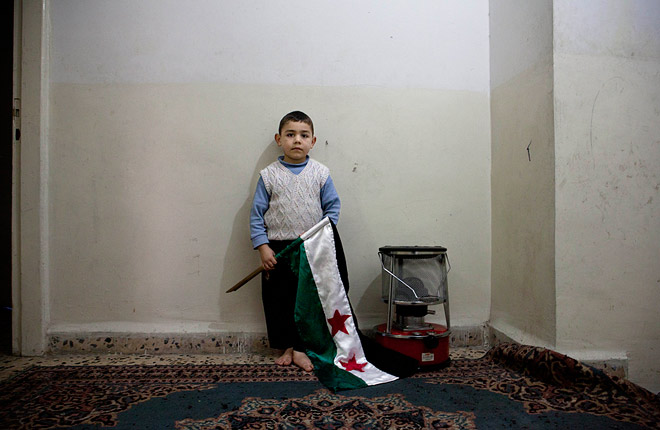 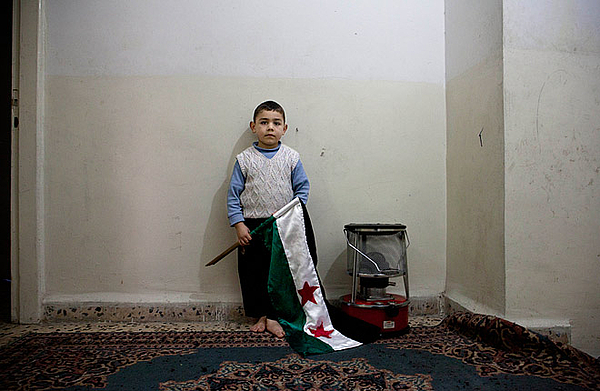 This image is taken in the house that inspired my approach to start photographing these women. This son would deliver the coffee, I never saw his mother. She would peek out from behind the door, barely a swirl of a hand to beckon a child to bring us tea. I was working on a news story for Le Monde about the FSA and could not stop thinking about the women behind the door. I wondered how active the women were in this conflict and that is the genesis of the project. The boy in photo is Sufian, 4 years old, and son of torture survivor Abu Khatab. He was a small baby when on multiple occasions his father was jailed and did not recognize him on one return home, asking him if he was his father. Living in a sparse home, the few things hanging in the wall include the original Syrian flag previous to Assad regime, which Sufian enjoys playing with.