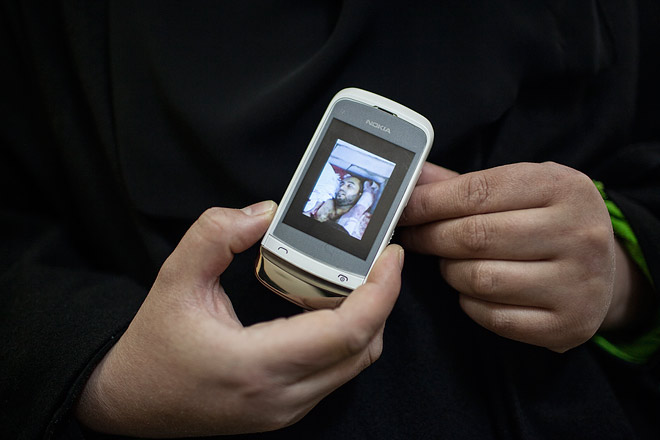 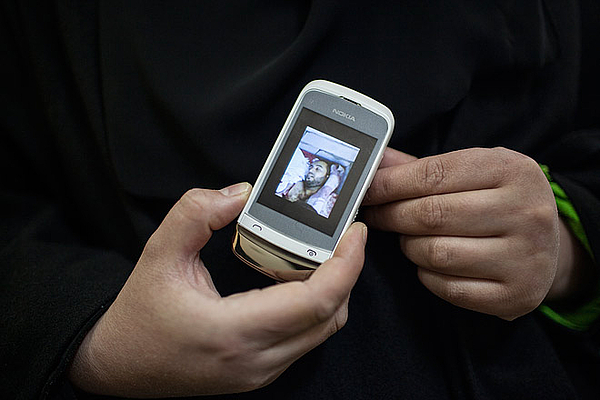 Um Gasem holds up a picture of her recently martyred husband on her phone, killed while fighting in Syria. About to deliver their fourth child that her husband never got to see. All she has are images on her phone of his "martyred" body and this image of a happier time. He was killed in a confrontation with the Assad forces while he was with the Tawhid Brigades, fighters under the loose umbrella of the Free Syrian Army.