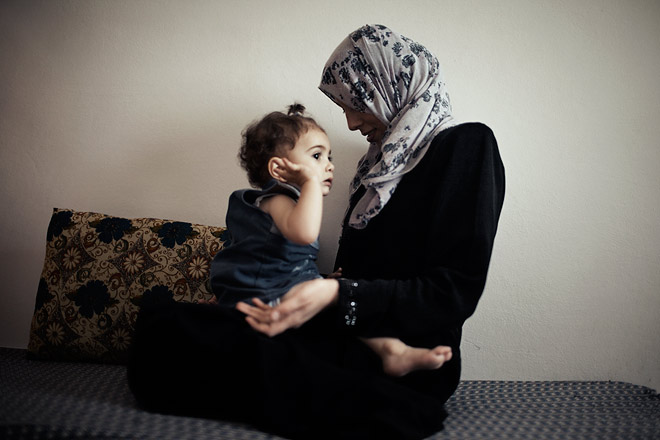 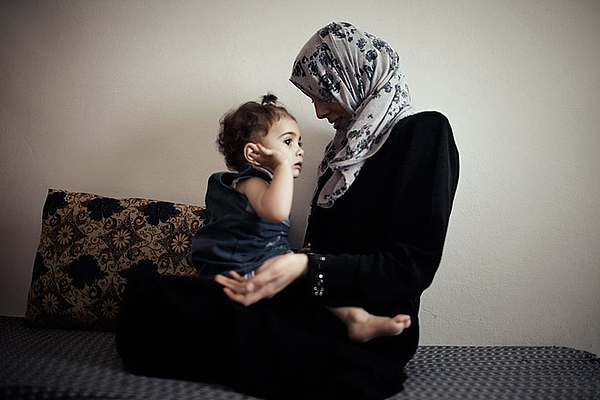 Nadia's sister-in-law, Ruba, 25, plays with her baby daughter. Ruba is one of the few wives in the house whose husband has not gone off to fight. She is happy that her husband is safe with her but after spending two and a half months in Damascus's Mezzah prison last year, he returned a different person. Ruba says her husband was tortured during his imprisonment. "I do not recognize him" she says "he doesn't want to return to Syria."