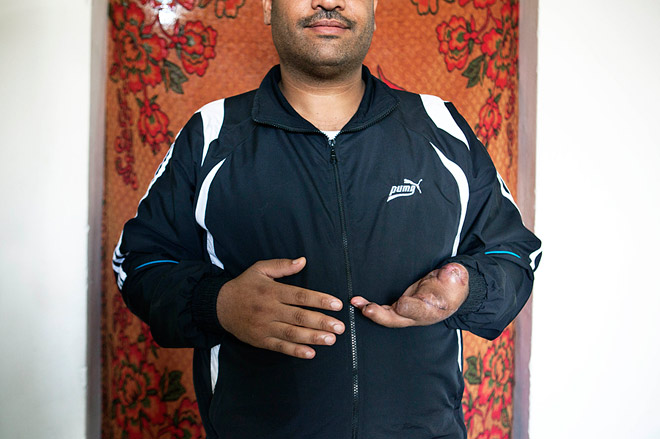 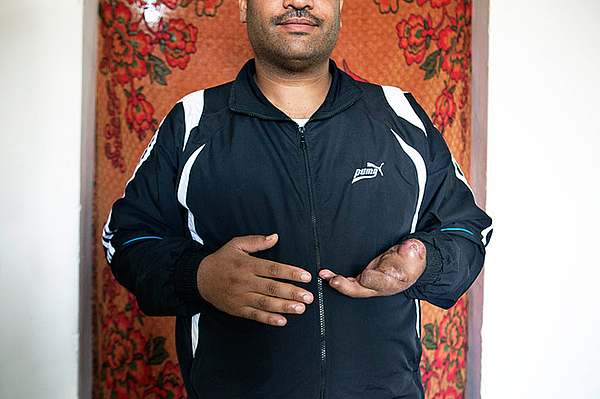 Abu Zeid, 34 years (not his real name, hides face to protect his children and pregnant wife back home.) The two weeks Abu Zeid spent in the barracks of the military intelligence of Deraa, the cradle of the Syrian uprising, are forever engraved in his flesh. Of his left hand, there remains only swollen stump and two pieces of finger stitched with thick thread. This merchant of clothing for women, arrested in a demonstration in December, dared to contradict his tormentors who ordered him to prostrate himself before a picture of Bashar Al-Assad, the Syrian president. When he refused, they blindfolded him and placed a small explosive device on his hand and detonated. He still cannot use his left hand and relies on other Syrian escapees for assistance putting on his clothes and showering, something he say's is very humiliating.