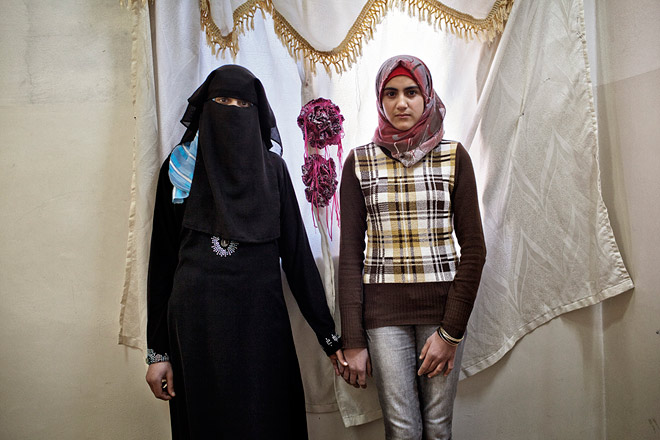 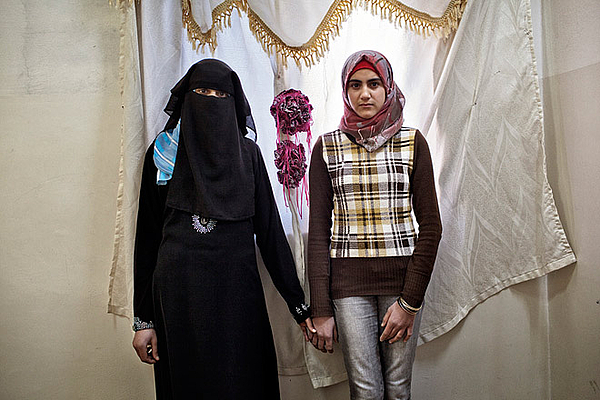 Layla and Sama are 13 and 15 years old. Their mother, Um Muhammad, 39, says life is hard without her fighter husband. The mother of six is struggling to secure the monthly rent and is under constant pressure to marry off her daughters to Jordanian and Syrian suitors. Layla, right, was trampled upon in her sleep when an army unit stormed their house looking for their father before they fled to Jordan.