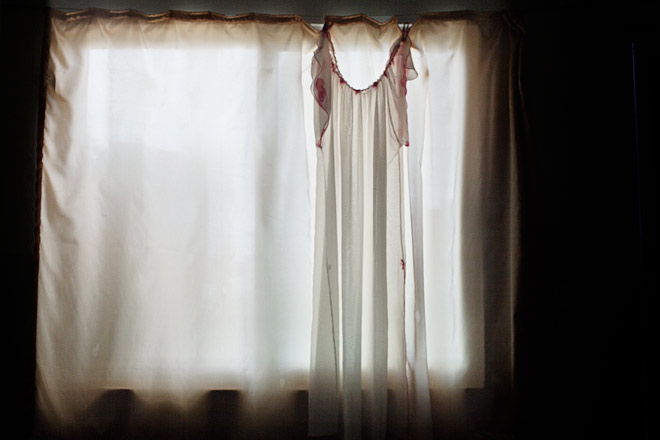 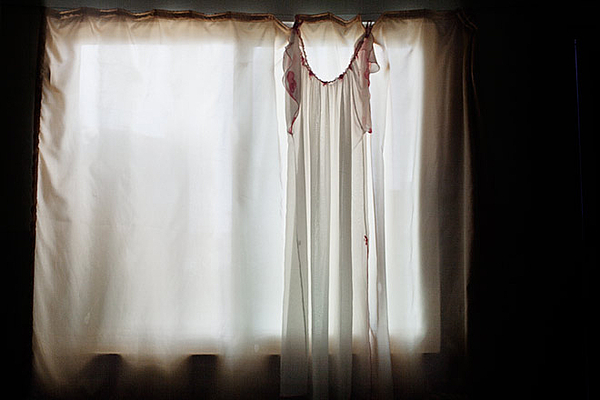 Aysha's sister, Nadia, 25, is also a refugee in Jordan, with a family of her own, 17 of whom currently live in a rented two-bedroom apartment. Above hangs one of Nadia's mother-in-law's few pieces of intimate lingerie, which she smuggled out with her from Syria. She has offered to share it with her daughter-in-law when her son returns from the front lines. Nadia fled Syria with the clothes on her back, and nothing else. With the men off at war, rebel wives, sisters, mother, and daughters-in-law swap tips about how best to entice their husbands when they are reunited. "A sexy bra and panties is better than a negligee when he comes home," Aysha advises. "Highlight your hair and wear a red dress."