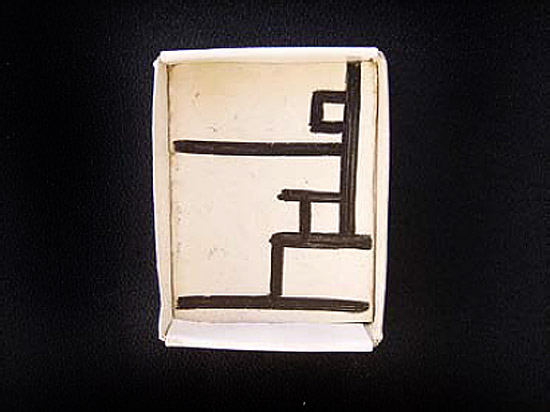 The curatorial project explores the artistic vocabularies of a group of artists identified as the "Generation 00" by Abdellah Karroum first in Morocco and who share a common approach at the turn of the twenty first century. The idea of "00" refers to the concept of rupture with the linear art history and promotes the dialogue of "Art and History," placing each production within its context and each artist as a citizen questioning fundamental ideas such as movement, resistance, and freedom in the world. From a specific cultural and social context, the concept of the Generation 00 was rapidly used in reading projects on different continents. The issues raised by the idea of "Generation 00" are larger than the art spaces and they are active beyond territories.

At La Kunsthalle Mulhouse, Sous nos yeux invests the same exhibition space for second time. The first part of the exhibition opened in February 2013. The third opus will be presented in 2014 at MACBA, the Museum of Contemporary Art in Barcelona. Most of the works in this project are newly produced or commissioned by La Kunsthalle and MACBA.

Sous nos yeux is conceived as an Exploratorium for exhibition forms where the aim is to link the production of each artwork to an artistic project as a response that positions the artist in the world. The everyday and the immediate reality interact with the history and the far. The artwork is displaced from its site of production as a gesture towards the place of its exhibition, as an image or a repetition of this gesture.

Sous nos yeux (part 2) continues the exploration of artworks' production contexts and the conditions in which they are displayed. In opposition to the first part in which the works were shown in an open space, in the second part the space is built, fragmented as successive pages of a book. In an original layout, linking the idea of an open book to an architectural labyrinth, the viewer can choose to read or navigate through the many entries to the artworks.

Abdellah Karroum (born 1970, Morocco) works as an independent art researcher, publisher and curator. He is the founder and artistic director of several art projects: L'appartement 22, an experimental space for encounters, exhibitions and artists' residencies founded in 2002 in Rabat, Morocco; Le Bout Du Monde art expeditions to different locations undertaken since 2000 together with artists; and the editions hors champs art publications that have been published since 1999 and Radioappartment22, an experimental online radio. Karroum was Associate Curator for the 2006 DAK'ART Biennial for African Contemporary Art, co-curator for the Position Papers program in the Gwangju Bienniale 2008 and the Curator of the 3rd AiM International Biennale's exhibition 2009 in Marrakech. Karroum is also Member of the Prince Pierre Monaco Foundation's Artistic Council for its International Prize of Contemporary Art. Karroum was Associate Curator for La Triennale of Paris 2012 and Artistic Director of the 2012 Benin Biennial. He is Director of Mathaf: Arab Museum of Contemporary Art in Doha (Qatar) since June 2013.