Beyond the Classical Broadcasting Role 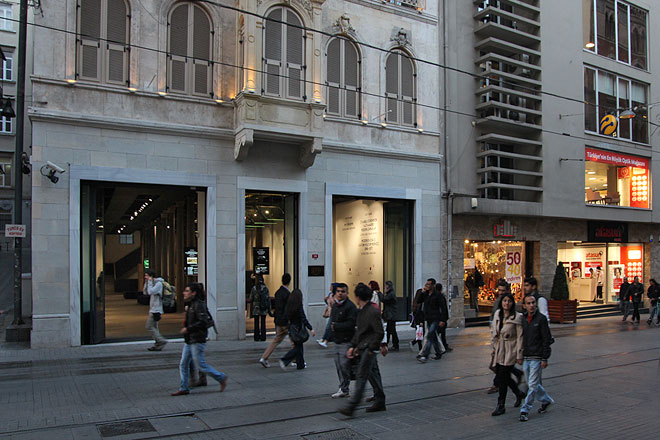 Binder & Haupt: SALT has developed a remarkable program in the last one and a half years; do you feel that you are also getting closer to the institution's goal of "encouraging the audience to offer criticism and respond"?

Vasif Kortun: It's our mission to stimulate debate and learn from the criticism, but I cannot say we are there already. We don't have new tools that would enable our audiences; they must still be invented. And, in the long haul, the idea is to run the institution with its users, and with their support. You cannot achieve that overnight. We are slowly morphing from a "broadcast institution" to something that develops intelligence with its audiences. For the "audience" to become embedded and active, you need organic interfaces built on many factors like trust and inevitability.

During the last year and half, we began to unfold ideas about what an institution can be today in Istanbul, how it can produce a new reality and build a sturdy backbone with engaged groups of people. We are neither orthodox nor arrogant; the programs are neither discipline-based nor spectacular. It is its own thing and as such harder to process. 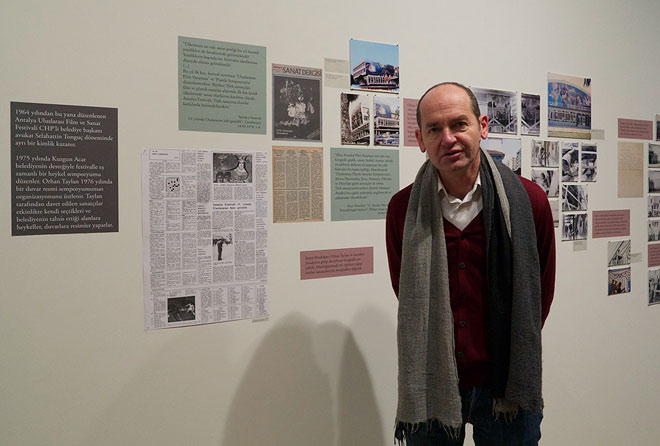 Binder & Haupt: Your space in Beyoğlu is designed to have this direct access from the street, being located on İstiklal Caddesi, which is such a popular pedestrian street, with millions of people on the weekends. Does this mean that people come in more naturally to participate in SALT's program?

Vasif Kortun: It has been a humbling process. We had structured the entrance area, the Forum, without any institutional barriers to make it accessible with a low threshold. The turnout was not as we had imagined it. The problem was that we had over-designed the entrance with underwhelming design principles. People did not feel at home. This kind of "democratic luxury" we were offering was not registered. So, we began testing the Forum with different ideas. But it took over a year to figure out what is not possible. We are the best-visited institution on the street by a large margin, but I am not satisfied at all.

Binder & Haupt: And what about the Galata building?

Vasif Kortun: Galata is different, it was the imperial bank, introverted, with grandeur, and it would be futile to challenge it. We can only change how it works. You don't expect anyone to come to it unless they know what it does; it operates at a different temporality, with research, workshops, and such it breaks away from Beyoğlu‘s faster-paced exhibitions and programs. You learn the building, the institution, and learn how the public works with the institution and reacts to it, and you start again.
Coming back to your first question on how to engage the public with an institution in a different way, well, at the end of the day, the institution has to belong to the people who use it. We are going to change some things with the next set of programs, for example. We have consciously left the new exhibition "scared of murals" incomplete, and it would have been a lie if we had closed it and presented as a finality. We are hoping to develop the exhibition with the people who have knowledge of the times during the period it is up.

Binder & Haupt: In view of the very heated and market-oriented development of Istanbul, how would you define SALT's position and function in the arts scene of the city and of Turkey?

Vasif Kortun: We are consciously moving away from the marketized world, and that world is not limited to art but also includes design and architecture. SALT does not look at things as products. At the same time, we are actively trying to cushion the impact of a vociferous market and disregarding a lot that seems to be "in." It is important to know that the market neither has intelligence nor is it an arbiter of anything. We are actively putting together archives for research, concentrating on particular artists' archives from the 60s and the early 70s, supporting research projects and offering a sort of refuge without retreat.

Binder & Haupt: It's interesting to see that while everything is speeding up, and just focusing on the present and future, you're more concerned with safeguarding cultural memory.

Vasif Kortun: We are trying to. Institutions in Turkey have gotten somewhat better in the last years. There are professionals running them. We come in where that complex sense of history is missing, because it has been swept under the carpet. This burden is enormous, people trust us, and there is so much to do.

Binder & Haupt: For how long did you plan the exhibition about Atatürk Cultural Center? How does the exhibition contribute to the discussions about its renovation and the competing interests around its future program?

Vasif Kortun: About a year and a half ago we were in the process of the digitizing the archives of Hayati Tabanlıoğlu, who was the architect of the building. The Center is a unique building because it was a comprehensive project in which the architect masterminded the whole process, working very precisely with designers and engineers, and pushing the limits of building technology in Turkey. We thought it was the right moment to give visual form to the research and contribute to the debate on the issue of the Center and the Taksim Square that it looms over it. The project took place in Galata’s "Open Archive", where we have archive-based exhibitions. It contributed to the story from an angle that does enter the debate, mainly the irrecoverability of that process. That’s my take on it.

Binder & Haupt: That's what you mean by protecting archives: to make them visible and available for research?

Vasif Kortun: I don’t know where to start; the public sector’s deficient report-card, suspicion of the private sector’s motives, the history of military interventions and the destruction of archives... We have had our fair share of loss of memory. We protect in the classical sense of keeping, and we are scaling up to contemporary technologies for sharing what we have. It will all be free and open access. 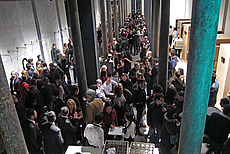 Opening of SALT Beyoğlu's headquarters with two exhibitions. Visit to the construction site of SALT's second venue in Galata.