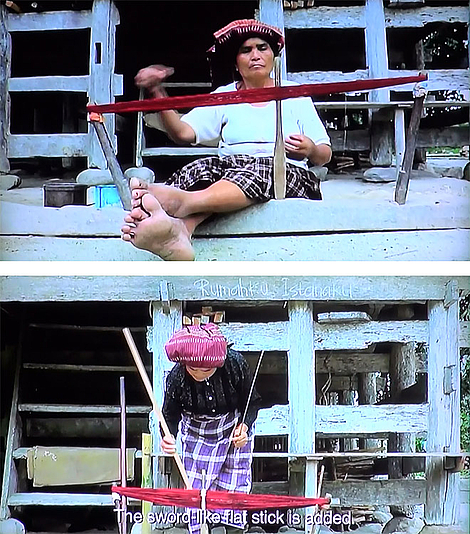 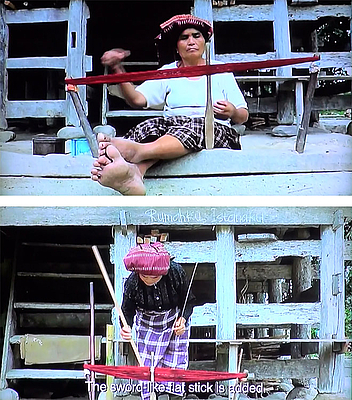 Rangsa ni Tonun. 2013
Directed by MJA Nashir
Sandra Niessen (b.1954), a Canadian-Dutch anthropologist and independent scholar and writer, and MJA Nashir (b.1973), a Javanese artist, have been working together since 2010. Their film explores Batak weaving (North Sumatra, Indonesia) as seen through the eyes of a nineteenth-century shaman. The text on which the film is based, part myth, part legend, belonged to the oral repertory of a Batak guru.
The theme song of the film is a forgotten, traditional Batak weaving song. The film was repatriated to North Sumatra in September 2013.
(From a text in the exhibition)