Reflections on the upcoming opening of the center for the formation and diffusion of photography and image culture in Tunis. 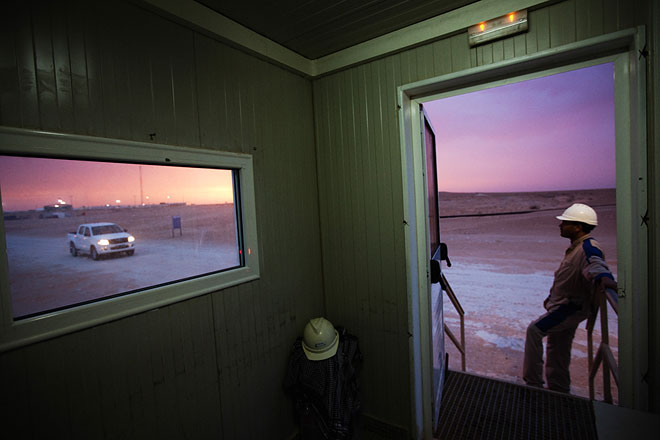 The journalistic tradition and artistic momentum of photography began to decline in the 1970s in Tunisia, despite disparate attempts to reanimate them in the years since. Then came three important factors that changed things a bit: the advent of digital technology and the Internet, photography’s expansion in advertising and marketing, and, finally, the 2010-11 revolution. Three events of different orders – technological, economic, sociopolitical – but each contributed in its own way to creating an exceptional evolution – at least quantitatively – of the landscape of photography during the last ten years: a considerable number of photographers, whether artists using photography in their practice, photojournalists, or connoisseurs, an increase in commissions and work opportunities in certain sectors such as advertising, fashion, and more recently, the press, and more and more exhibitions, shows, and events.

This new momentum is crystalized in La Maison de l’Image (The House of Images), a mad project led by Wassim Ghozlani with his partner and collaborator, Olfa Feki. Slated to begin in fall 2013, this site will be "dedicated to the formation and diffusion of photography and image culture. It aims to highlight and support photographic creation in the Mediterranean area through a process of training, communication, and artistic and professional exchanges. Located in Tunis, a city at the crossroads of the Mediterranean, its mission is to raise awareness among the largest audience possible about photography and image-based careers, to give tools to young artists, to train professionals, while creating a cultural dynamic at the international level that will benefit from the city and the region" [1]. The site will be divided into different spaces: an exhibition space, studio, auditorium, bookstore, and artist residency.

La Maison de l’Image emerges in an institutional context marked by the Ministry of Culture’s concerted politics of methodically destroying the cultural and artistic sectors. Today, in addition to attacks by the most reactionary fringe of society and the police and justice system, the Minister of Culture himself is attacking artists and cultural agents. Ben Ali’s regime established its sly strangling of creation and thought through censorship, collaboration with certain individuals affiliated with the regime, and the monopolization of financial support that created pernicious self-censorship. As for the government led by Al-Nahda, it practices direct confrontation, abuses of power, and radical destruction while perpetuating the corruption already in place.

In addition, the social, economic, and political situation is not favorable, which renders the project more arduous and which, above all, renders La Maison de l’Image’s existence more urgent. As far as its intention is a space that encapsulates virtually all activities related to photography, this ambition is commendable. But perhaps in a context like Tunisia’s, the best strategy is to advance in stages and to create innovative mechanisms for its gestation, development, and creation within this structure. Even the existence of the space would be a victory. It is also necessary to be conscious of the role played by the freedom it can contain. Artistic freedom, but not only: the freedom to think and to practice new ways of creating and to run art spaces in a place and time with which one must struggle, in a here and now that it is imperative to transcend.

As for Tunisia’s photographic context, it is dominated by "useful" photography such as journalism and advertising. With a few rare exceptions, today’s new Tunisian photographers insist not on photography as artistic expression in their work and statements, but on its use as a means of re-appropriating social, political, and media discourses that were confiscated for decades. A photograph does not show, but speaks and talks.

The artistic photographer, as defined by Dominique Baqué, has little place in the Tunisian photographic landscape, even in art spaces. Maybe by tradition. Certainly as a reaction to the political lead weight that partially, but not totally, exploded after the revolution in a "freed speech" that convulsively invested the visual arts in such a way that it transformed them into illustrative arts. Rare are those who consider photography as an art in its own right and not simply as a medium like any other. As a minority practice, La Maison de l’Image’s mission will be its priority of supporting this photography freed from all didactic or commercial imperative, and consequently, from all propagandist drifting or instrumentalization.

Apart from the significant financial challenge that La Maison de l’Image will certainly face in this time of crisis and the withdrawal of Tunisia’s public and private sectors, its other central challenge is an aesthetic and artistic one. The space in and of itself cannot have a profound and long lasting impact unless it participates in the emergence of new and singular forms and expressions in photography. In the "House of Images," what matters most is not "house" but "image." Photojournalism, photo-reporting, advertising photography, and fashion photography express themselves in different spaces and have their own commercial and economic logics. But this is not the case with artistic photography, which barely exists in Tunisia. The historic responsibility of La Maison de l’Image could then be summarized as connecting creation, diffusion, reflection, and perpetuating new forms of photography.

(Translation from the French: Emma Chubb)