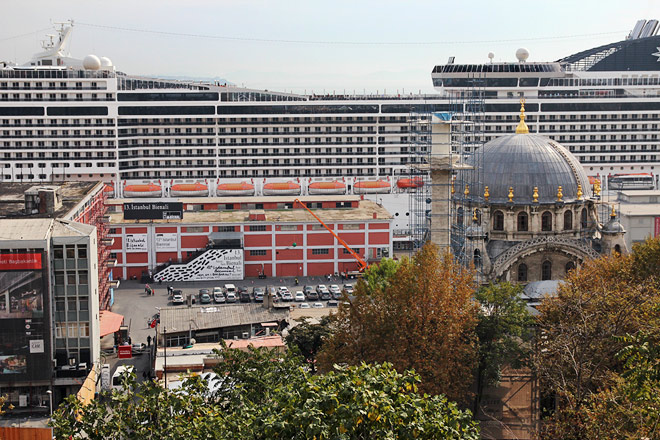 "The streets have never been this ready for contemporary art before," a colleague told me in a conversation in July. This was the time when the 13th Istanbul Biennial team was discussing whether or not they should stop pursuing projects outdoors. In the end, it was after the violent and deadly crackdown of the Gezi protests that reclaimed a public park in Istanbul, and the curator Fulya Erdemci was asking from the beginning how it would be possible to have multiple publics come and act together, as the conceptual framework mused on the idea of "publicness."

The biennial eventually withdrew from the streets and went indoors, occupying five venues, including the Antrepo, the waterfront warehouse that has been the mainstay venue for the biennial for a number of years; the Galata Greek Primary School; the nonprofits ARTER and SALT Beyoglu; as well as 5533, an artist-run space in the city. Erdemci stated that she did not want to legitimize the authorities that have been responsible for the police aggression during the protests. In press interviews, she insisted that it is the people’s own voices that should be heard on the street. But this argument has not been convincing for many, to say the least.

There has been a number of criticisms that targeted the biennial for expanding into the two privately owned exhibition spaces, SALT and ARTER, because of their connections to the strongest business conglomerates in the country. But mostly it was the decision of going indoors that has been fiercely talked about—allegedly resulting in losing connection with the "outside." This approach is precisely what suggests that the apprehension of "publicness" remains on a formalist level.

Who is still convinced that art and publicness only come together in an urban, architectural space? Is this combination possible only when passersby run into artworks on the street, or could it possibly entice the viewer to think what "public" might actually be, regardless of its location? I have a rather naïve understanding of what public is, which is all about engaging, embracing and "owning." And I continue to question whether criticizing and protesting an artwork or an institution means to "own" them. That’s why it’s relevant to think about what has been different with the protests against the biennial this year.

It was in 2007 when the criticisms of the biennial found a place in the press. The dean of the faculty of fine arts of a public university reacted against the curator Hou Hanru’s text where he argued that the Kemalist project favored a top-down model of modernization in Turkey. Her text condemned Hou for making a "deliberate statement that goes beyond ignorance." [1] The public protests against the next editions came from different ideological backgrounds and they were surely much sharper.

When the curatorial collective WHW made a full-fledged political statement about their approach to art—giving references to the venerated figure Bertolt Brecht—they received a strong wave of protests that reacted against the beginning of the 10-year sponsorship of the Koç Holding, one of the biggest industrial and financial corporations in the country. Despite the different levels of anger, the protestors had a common ground: They found the WHW’s politically charged effort contradictory and insincere, following the argument that the financial structures of the biennials eventually form their aesthetics and politics.

The reactions against the sponsorship issues are still ongoing. But this year, there was a different type of protest against the biennial team. On May 10th, the Public Programs held the "Public Capital" event at the business suite of an upscale hotel—afterwards I learned that the artists who did a performance lecture that day had requested this particular venue. [2] A group of activists performed a "silent" protest that suggested—if I dare to caricaturize it—that the biennial was part of the gentrification problems in the city mainly because of the particular sponsorship.

The performers were carried outside—not so gently, and the curator went to the police, making charges against an artist, accusing him with personal harassment. In response, the protest letter that was made public in early June had a wide range of signatories, including about 180 artists, curators, writers, and arts professionals of different backgrounds and ideologies. [3] They condemned the "authoritative, judgmental and uncommunicative attitude" of the biennial towards "different voices." This should have been a wake up call, as this time it was the wider art scene that was raising its voice against the attitudes and the structural issues within the Istanbul Biennial as an institution. [4]

In a talk in late September, the co-curator of the public program Andrea Phillips commented specifically on this protest. [5] She emphasized the urgency to rethink about the conceptualization of the publics through high-profile, biannual art events. How do we not reassert the basic division of the makers and the recipients of the intellectual production, she asked. How does an art institution—regardless of its funders or sponsors—create structures through which it can resolve that division? And eventually, can the group exhibition format be effective enough to deal with this problem?

Over the summer, there was a growing expectation that Erdemci would undertake a big, radical curatorial gesture to respond to the present condition in Turkey. The expectation was not necessarily about the selection of artworks but rather about the possible structural decisions requiring unexpected models. It is perhaps unfair to seek for a big curatorial gesture that would be executed in about two months. And there are certainly great works on display that didn’t readily react to the Gezi protests but thought with and around them. [6] Yet the question remains: How could the format of the group exhibition respond to what we feel and experience today in Istanbul?

It seems that the biennial’s rhythm and model will not be able to keep up with the present unless there is a different level of engagement with the public—a bottom-up programming that continues after the bi-annual events is only one of the possible options. [7] It will be increasingly difficult to embrace the Istanbul Biennial if we are left with detached group exhibitions that will be eventually coupled with protests that fire up during the events and fade out afterwards. The consequences of holding on to the learned formats and positions could greatly harm this structure. The Istanbul Biennial has greatly changed the art scene in the city since 1987. I only wish it will stay relevant.

Curator and writer based in Istanbul. She is currently the Project Manager at Collectorspace, Istanbul.

Title: Mom, am I barbarian? 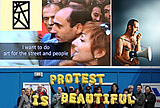 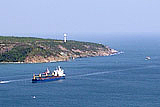 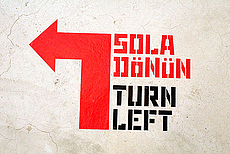 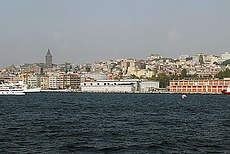