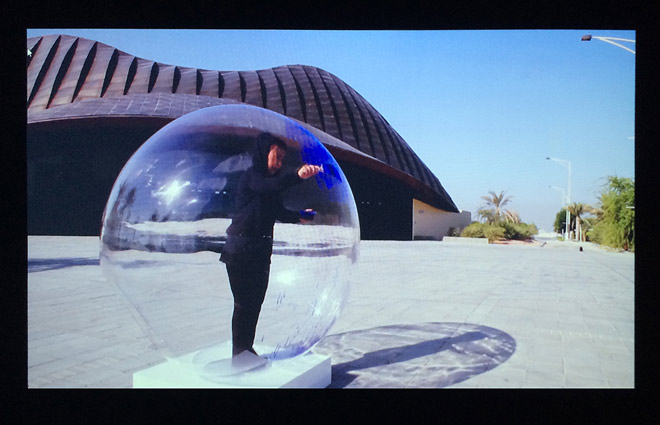 Every artist has an "unrealised" project. These secret works that are too unwieldy, too nascent, or simply too costly to take to completion constitute a source of wonder in current artistic discourse. Maverick interviewer Hans-Ulrich Obrist, for example, unfailingly asks artists about their unrealised work in his countless conversations; it is his sole recurring question. The third edition of Emirati Expressions, subtitled Realised, ingeniously taps into this fascination with the unfinished: six stalwarts of UAE conceptual art unearthed projects that were either on hold or in their heads, just waiting to be nudged into fruition.

The specially commissioned works spring from a core group of Emirati artists who are all longstanding standard-bearers of UAE conceptual art: Layla Juma, Abdullah Al Saadi, Mohammad Al Mazrouei, Mohammed Kazem, Ebtisam AbdulAziz and Mohammed Ahmed Ibrahim. Surprisingly, this tight, ultra-selective show (each of the six artists presents a single project) is extremely generous. Each successive exhibition space houses thought-provoking testaments to the diversity of these artists’ current practices, while hinting at their shared histories: it is as much about the individuality of now as the bonds of the past.

On another level, the show’s basic premise of "unrealised-dream-becomes-finished-artwork" speaks deeply about the role of the curator, foregrounding the importance of that side of curation beyond artist selection and exhibition thematising. Curator Reem Fadda has become, for Emirati Expressions: Realised, a bit of an excavator. In the course of her preparation for the 2013 UAE Pavilion at the 55th Venice Biennale, for example, during a studio visit with Mohammed Kazem, she spotted an unfinished piece that was to become the artist’s Venice installation Walking on Water. "I saw a beautiful maquette from 2005 that was just waiting to happen," she enthused. A high point in Kazem’s ongoing Directions series, the acclaimed Walking on Water is recreated in this show for the benefit of Abu Dhabi audiences.

Mohammad Al Mazrouei’s unrealised project is of a different ilk. The painter/poet had been absent from the visual arts scene for some time. His longed-for reappearance in Emirati Expressions: Realised (and his reinvestment in painting), aided by Fadda’s persistence, is a kind of homecoming. Al Mazrouei’s space in Emirati Expressions: Realised bristles with expressionist exuberance: his heavily brushstroked paintings, toying with Christian iconography, are at once naïve and violent, visceral yet oddly poised.

Ebtisam AbdulAziz’s Blue Freedom (2013) is a welcome return to the artist’s performance work. From inside a Perspex sphere placed in front of the neighbouring UAE Pavilion from the 2010 Shanghai Expo built on the Saadiyat site, she diligently applied a coat of Yves Klein blue paint, literally painting herself inside the bubble. Like much of AbdulAziz’s work, this apparently simple act is wildly complex, raising questions of freedom, agency and empowerment, while underscoring her own use (and abuse?) of the body. A series of C-prints documenting the performance orbits around the painted sphere itself, perhaps the only element in which AbdulAziz’s obsession with mathematics and geometry can be felt. A 2-channel video relays the bubble-painting performance from two distinct vantage points: one from inside-out, the other from outside-in. The unrealised nature of Blue Freedom stems primarily from the dissuasive red tape that hinders performing and filming in front of landmarks such as the Pavilion. "My dearest dream," AbdulAziz explained, "is to repeat this performance in front of every landmark in the UAE."

Trained initially as an architectural engineer, Layla Juma has taken the 2D geometry-inspired drawings for which she is best known into 3D. Twins (2013) is a seemingly modular pair of wire sculptures that captures the same spirit of fragmentation as her graphic drawings, cast into quasi-architectural form. Eerily Escher-like (the wiry frames seem like they could self-replicate ad infinitum), the work looks somehow incomplete, at once harking back to Juma’s early "unfinished" paintings, and slyly nodding to the notion of "unrealisability" at the show’s core.

Abdullah Al Saadi has so deeply encoded the lowly yet multifarious sweet potato that, in his hands, the tuberous root is elevated into a language with its own grammar and syntax. From his participation in the 54th Venice Biennale under the UAE wing, where his Naked Sweet Potato project was featured, he has evolved the humble spud into lustrous pieces of gold jewellery for Emirati Expressions: Realised.

Mohammed Ahmed Ibrahim’s Sunset (2013), a large-scale photo of a Khor Fakkan mountain pierced to enable the sun to shine through, reminds viewers how a particular strain of avant-gardist practice blossomed in such remote corners of the UAE nearly three decades ago.

With Dubai’s clamouring commercial art world in full throttle and the Saadiyat museums looming on the horizon, it is often easy to overlook the very bedrock on which UAE art has been built. "The art scene in the UAE is not developing," Fadda insists. "The institutions are developing in order to accommodate what is already a very rich scene." While Emirati Expressions: Realised neatly illustrates the vibrancy and diversity of Emirati art, it also drives home the point that it is hardly new. Nor is its verve likely to fade. 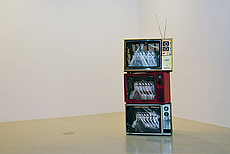 Review of the shows “Emirati Expressions” and “Re-Source” presented in Abu Dhabi and Dubai.