25 years of the Cemeti Art House

The founders N. Adipurnomo and M. Jaarsma about their concept and problems in the Indonesian art scene. 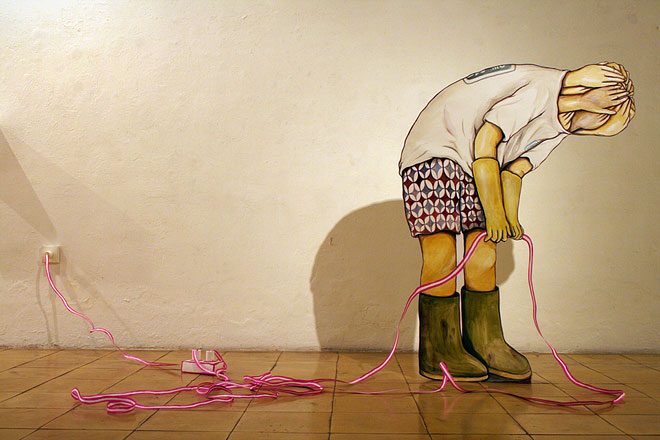 On January 31, 1988 the artists Mella Jaarsma and Nindityo Adipurnomo founded the Cemeti Art House in the Indonesian cultural capital Yogyakarta. The Dutch-Javanese married couple thereby not only introduced the term "contemporary" into Indonesia’s art world, but also initiated the first gallery in the country that supported young artists beyond individual exhibitions and also made them known abroad. In 1995 followed the founding of the Yayasan Seni (art foundation) Cemeti, which is devoted to archiving and documenting Indonesian art happenings and which was integrated into the independent Indonesian Visual Art Archive (IVAA). The Cemeti Art House celebrates its 25th anniversary in 2013 with the year’s program "Turning Targets", which extends from exhibitions from the gallery’s collection and archive through participatory projects in various art disciplines to forums for young curators and art managers.

In this interview for Nafas, the founders of Cemeti speak about commerce, politics, and the problems of young artists in the Indonesian art scene.

Christina Schott (C.S.): How has the concept of the Cemeti Art House changed in the last 25 years?

Mella Jaarsma (M.J.): When Cemeti opened, there were only four galleries in Yogyakarta, and all they did for artists was provide rooms. In contrast, we wanted to foster our artists in the long term and to make Indonesian art known abroad. At first, we did this primarily through private contacts, and we transported the works in our flight luggage. With the term "contemporary", we wanted to distinguish ourselves from the traditional artists. At that time, the term modern art galleries was understood to mean batik shops.

Nindityo Adipurnomo (N.A.): 25 years ago, people still believed that art should show only the pleasant aspects of life and that it should, above all, entertain. We wanted to raise people’s consciousness that art can also be an important medium for dealing with social conflicts. Quite the contrary of that, today commercial aspects are in the foreground. The significance of art is increasingly measured in terms of economic success. The conceptual background and the social idea are increasingly taking a backseat.

M.J.: Young artists now have enough opportunities to market themselves, so we are directing our focus more toward the artistic work process. Since 2010, we have suspended our normal exhibition operations and are concentrating particularly on interdisciplinary and intercultural residence programs. With our jubilee program, we want to provoke the young generation and give impetus to new developments: "Turning Targets" – to reverse the direction of goals.

C.S.: How would you characterize today’s young Indonesian art scene?

N.A.: The best way is with the title of our program for Cemeti’s 15th jubilee: "Exploring Vacuum". And exploring the vacuum is a truly difficult task…

M.J.: Today’s young artists are much too easily satisfied. If their income is all right, they make no further effort to seek a deeper meaning – and so they primarily play with the aesthetics of objects. Ironically, the Indonesian art scene is attracting much more attention precisely today.

C.S.: And that used to be different?

M.J.: It used to be that some artists – those who were most important to us – still had social and political motives. Before the Reformasi (the overthrowing of the authoritarian Suharto regime in 1998 – the editors), we were always greatly impressed by critical works. To get around the censorship back then, Cemeti was not yet registered as an art organization, but as a company. Nonetheless, the secret intelligence service sent undercover investigators to every exhibition opening, but they usually were completely bemused by the works. After democratization, political themes were suddenly the trend. Today there is no enemy anymore, and the artists are becoming too comfortable.

C.S.: What challenges result from that?

M.J.: We have to keep art from being seen as solely a commercial product anymore. I still believe in the social significance of art – especially in a country like Indonesia. Art has a lot to do with education and it helps people to recognize and accept alternative perspectives. That’s why it’s so important to keep communicating with the populace, even if only in a modest framework. That’s how we can maintain freedom of opinion.

N.A.: Basically, we have to rediscover our own audience. Many people see in globalization a chance to simply bring local or national products to the international market. They forget thereby that their own art scene and its audience still need support so that a new generation of artists, curators, and recipients can grow up. With the framework of our anniversary program, we want to address precisely this problematic.

C.S.: Isn’t promoting culture really the task of the state?

M.J.: In Indonesia there are neither state museums nor an infrastructure for contemporary art. And thus independent cultural organizations are still the only alternative to commercial galleries. The latter, and also Cemeti, have so far mostly received support from foreign countries. Now it’s time that Indonesian sponsors begin to grasp how much they can profit from a vibrant art scene. To impress upon the government how important noncommercial art projects are, we and about 20 other cultural organizations have founded the Koalisi Seni Indonesia (Indonesian art coalition).

N.A.: The situation has changed a bit, because the Indonesian government has now realized that the domestic art scene definitely has economic potential as cultural industry – including in international competition. Our great hope is that, as a next step, state institutions will also acknowledge the social and cultural achievements of contemporary art and will want to support it, without setting out guidelines on content.

C.S.: What role do you see for the Cemeti Art House in the future?

M.J.: Cemeti will become a project space that offers young artists scope for new ideas, research, and critical discourse. The emphasis is on keeping the different disciplines in dialog with each other and having them inspire each other. In our residence program, as well, the primary aim is the exchange of ideas and the joint work process. And to ensure that everything doesn’t always concentrate on Yogyakarta and Java, in the future we want to work more with artists and social scientists on other islands of Indonesia. 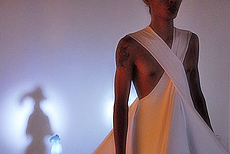 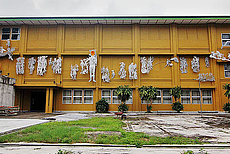 Yogyakarta after the Boom

Indonesia's cultural center in search of new concepts, after the burst of the art market bubble. 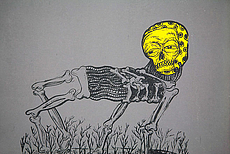