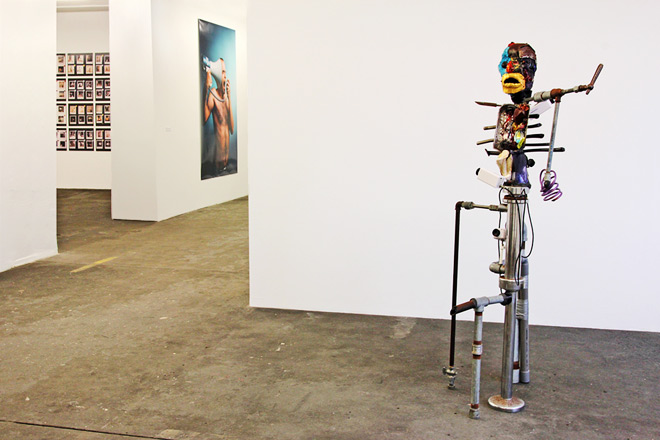 Agoraphobia, the prologue exhibition of the 13th Istanbul Biennial, will take place at TANAS, Berlin between 25 May and 27 July 2013. The exhibition aims to unfold the core question of public domain, central to the conceptual framework of the biennial, by questioning the politics of space in relation to freedom of expression.

Depending on the context, the ancient Greek term 'agora' refers either to an assembly of people or the place of assembly [1]. However, if we are to consider it as a metaphor for public domain, it embodies both connotations simultaneously. Thus, assembly in the context of the exhibition does not merely refer to any gathering of people for any purpose, but is rather specifically related to the act of social engagement and political debate around important issues concerning citizens. When articulating the concept of free man in ancient Greece, Hannah Arendt delineates the relationship between freedom and space:

The life of a free man needed the presence of others. Freedom itself needed therefore a place where people could come together—the agora, the market—place, or the polis, the political space proper [1].

Here, Agoraphobia emblematically (fear of crowd or fear of open space) refers to the fear of freedom of expression and collective public action. The exhibition will thus explore the politics of space as an inevitable vector of freedom and urban public spaces as the spatial component of democratic apparatus.

Recently, the growing discontent with existing regimes and frustrations about their governance and ideologies has been manifested in urban public spaces – streets, squares and parks. Public space is converted into a stage for the expression of conflict and unrest and reclaiming the squares and streets echoes the demand for social and spatio-economic justice. We can ask whether urban public spaces aid or abate critical masses that fuel debate and collective public action, or provide a platform to exercise civic rights. In the current climate, is it possible to imagine social change through open resistance demonstrated on the streets?

Another booklet of the TANAS edition will be published in English and German, approx. 80 pages, with installation views of all works and a text by Fulya Erdemci, available for three Euros. 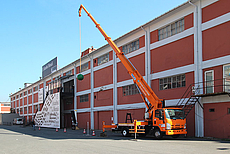