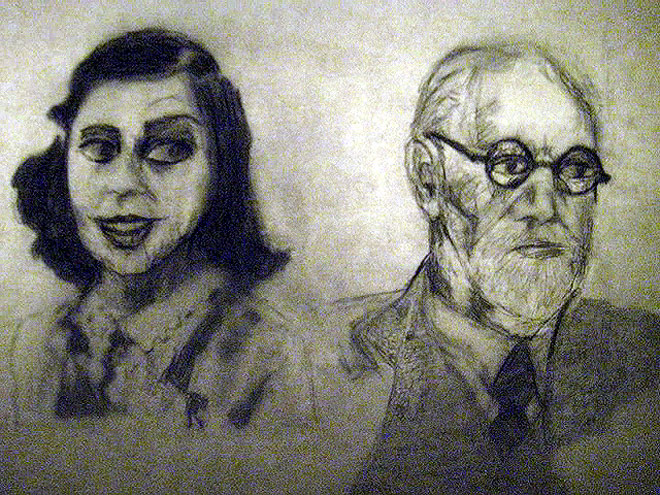 Screening a German-Indian production with no subtitles in Cairo is an unusual choice. But Bernd Lützeler’s experimental short captivated dozens of viewers, who attended the opening night of the 5th Cairo Video Festival. For ten minutes, nothing echoed in the two screening halls of Medrar but the deeply serene voice speaking over fleeting images of Bombay. In this 2011 production shot on Kodak and Fuji film stocks, Lützeler invited voiceover artist Harish Bhimani – famous for playing the sound of Time in the 1980s TV drama The Mahabharat – to become The Voice of God.

This is the first time since the Cairo-based artist collective Medrar initiated the festival in 2005 that it has expanded its scope beyond video art. Medrar selected 160 low-budget video artworks and experimental short films from over 800 applications they received in response to an international open call. Each work included in the festival’s two-week screening program and three alternating exhibitions was meant to reflect some level of originality and experimentation in its own right and to be highlighted as such.

It was intentional that no two works similar in theme, visual language, or technique are shown back to back. The screening of The Voice of God was preceded by Volkspark (2011) and followed by The Artist (2013). The first is a prank presented as a documentary by German artist Kuesti Fraun; it comments on authority and social relationships in a public park as the protagonist levies a tax on all those passing through. Verica Kovacevska’s The Artist, on the other hand, has obvious references to the history of video art. It shows her usual To-do list with the tasks being crossed off as she acts out each one.

The festival meant to reflect the diverse techniques and concepts artists and filmmakers are currently experimenting with all over the world. It also sought to highlight the inevitable overlaps among their work and how the two groups are appropriating tools from one another and creatively pushing the boundaries of their mediums. This vision was boldly reflected in this year’s edition of the festival through the subtitle: Video Art and Experimental Films. It was obvious in artist-cum-filmmaker Hala Elkoussy’s presentation, when she screened and discussed In Search of a City (in the Papers of Sein) (2011). Elkoussy was invited as a guest speaker because her film work is unique in how it interweaves elements from performance arts, video, theater, and cinema to tell stories of her hometown Cairo.

In this film, she carefully scripted a narrative inspired by the diary of an anonymous female flâneur, which she obtained from a vendor of old documents. Sein, as Elkoussy named her protagonist, contrasts her memories of downtown Cairo’s Khedival (European-modeled) history with its contemporary life. The film is a biopic of downtown Cairo rather than Sein, flirting in its storytelling approach with fictional film, theater, and documentary photography. In fact it even shares the visual language of Elkoussy’s street photography exhibition titled Journey Around My Living Room, which Mashrabia Gallery hosted in the summer.

Another film in the screening program that seemed to share this approach to storytelling is Short History of Abandoned Scenes, a 2013 Italian production by photographer and video artist Rä di Martino. The film retells a history of the Atlas Film Studios in Ouarzazate, Morocco through theatrical snippets of the lives of its current inhabitants. Two local boys and a ney player re-stage memorable scenes from the 1962 British classic Lawrence of Arabia against the original, and now dilapidating, film set. Impersonating Auda Abu Tayi, one boy expresses his disappointment at finding no gold in Aqaba, Jordan. The sound of the ney plays in the background. Throughout the film, Di Martino’s camera follows the three from one abandoned set to the next.

Di Martino’s film was among the ten works Medrar selected from the collection of the Dutch Living and Media Art Foundation. LIMA is a smaller reincarnation of the Netherlands Media Art Institute (NMIK), which contributed to the program of the festival’s fourth edition in 2010. And when NMIK closed in early 2013 due to funding problems, its staff started LIMA with the same collection, which includes diverse works by Marina Abramović and Gary Hill, as well as upcoming artists. This collection has been a great resource for the Cairo Video Festival. Its model for the preservation and distribution of video art works and making them available for artists, students, and researchers has been quite inspiring to Medrar, which is seeking ways to promote the work of artists it supports who experiment with video and digitronics. Hence, Medrar invited LIMA’s head of distribution Theus Zwakhals to Cairo to present the foundation and its work and discuss a model that is lacking in much of the Arab world.

The ideas the Cairo Video Festival opened up this year are only the beginning of a longer and hopefully sustainable engagement with new experiments in video art and film. Its breadth and inconclusiveness are what kept a diverse audience coming back night after night. Video is no longer a budding art form in Egypt, as thousands of people currently engage with the medium, creating narratives, producing mash-up and hoax videos, and publishing them all on YouTube. But this focus, which is not offered by many other film festivals taking place around the country, is building a wider and deeper appreciation for it among artists and audiences and creating a platform on which artists could present their work and discuss it collectively.

Writer based in Cairo, co-founder of the online Arab arts channel medrar.tv. She was the culture editor at the English language news website Egypt Independent until April 2013. She blogs at Arab Art Beat.