Iraq at the Venice Biennale 2011 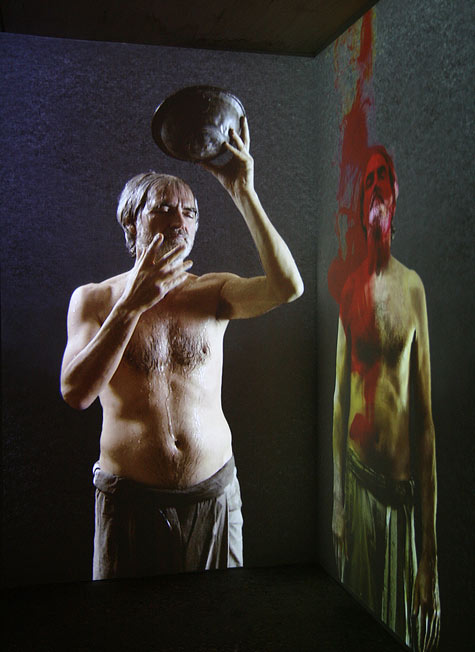 The Pavilion of Iraq features six artists who are emblematic in their individual experimental artistic research, a result of both living inside and outside their country. These artists, studying at the Fine Arts Academy in Baghdad, completed their arts studies in Europe and USA. They represent two generations: one, born in the early 1950’s, has experienced both the political instability and the cultural richness of that period in Iraq. Ali Assaf, Azad Nanakeli and Walid Siti came of age in the 1970’s during the period of the creation of political socialism that marked their background. The second generation, to include Adel Abidin, Ahmed Alsoudani and Halim Al Karim, grew up during the drama of the Iran-Iraq war (1980-1988), the invasion of Kuwait, overwhelming UN economic sanctions and subsequent artistic isolation. This generation of artists exited the country before the 2003 invasion, finding refuge in Europe and USA by sheer fortune coupled with the artistic virtue of their work. All six artists thus have identities indubitably forged with contemporary artistic practice that unites the global situation with the Iraqi experience and they represent a sophisticated and experimental approach that is completely international in scope.

As Rijin Sahakian write in the exhibition's catalogue:
Water was chosen as the central theme of the Pavilion of Iraq 2011. A resource that enabled Iraq's initial and ongoing growth, it is now in crisis due to diversion, contamination, and neglect. Its past and present life is re¬flective of its manipulation by various domestic and international actors, and its scarcity has caused the endangerment, and in some cases the extinction, of various peoples, animal and plant species. But it is in the fluidity of movement as well as the ability to reconstitute realities and find solutions where both artists and scientists have found new means of adaptation to new environmental circumstances. These adaptations often reroute the source itself, re-imagining and interpreting their possibilities, while contributing to a broader context of practice and body of knowledge. The artists of the 2011 Pavilion of Iraq have, in their current and previous work, adapted to the varying fluctuations of their own re-routings by utilizing the new possibilities of these geographies into their respective practices.

Organizers: Nouva Icona and Sala 1
In collaboration with: Embassy of Iraq in Italy, Iraq UN Representation in Rome, Iraq Ministry of Culture, Arab Fund for Arts and Culture, MerchantBridge Bank and the Iraq Pavilion Patrons Committee.

(Summarized from press information.
Quotes from the exhibition catalogue)