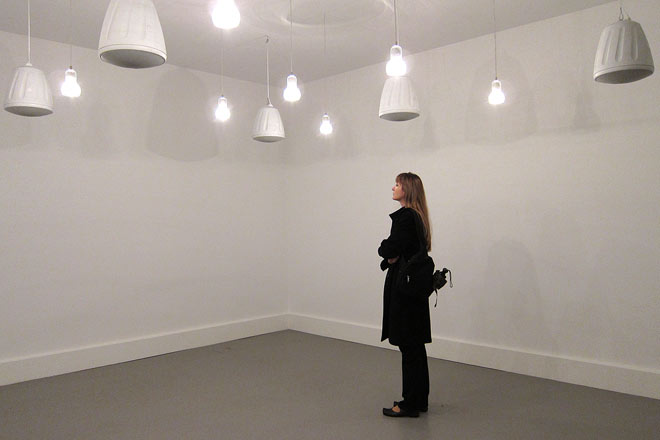 The Tactics of Invisibility exhibition, laden with hidden works in mysterious hallways recalling Alice’s rabbit hole, conjures up a sense of blind man’s buff played wide open for cultural consumers who are barely getting acquainted with the architectural and compositional orientation of Arter. This project, which is a joint initiative by the Vehbi Koç Foundation and Thyssen-Bornemisza Art Contemporary (T-B A21), was launched in 2008 and exhibited for the first time at T-B A21 in Vienna in April 2010 and at Tanas, Berlin, in September of the same year.

There are a number of different possibilities as how to experience the exhibition at Arter hosting over 15 works spread through four floors.

xurban_collective’s Evacuation #1: The Sacred Evacuation awaits the viewer on Arter’s basement, on a ‘sub ground’ completely independent from the other works in the exhibition, with the heat of a boiler room as per the sensitivity of its subject matter. What we encounter is a simulation of a small mosque evoking the East; some kind of a ‘White Cube’ of belief, the foundation of which they have also sought in Europe, in the West, and even the East, in Kuala Lumpur or Mecca.

This is a social installation with a sterile, calm, yet firm posture. This project, which pours the conceptual burden of its narrative, sociological and architectural ties into the viewer’s memory with its kitsch and traditional religious materials (prayer beads, prayer clock, glazed tile motifs, prayer rugs and spiritual nature landscapes, shoe rack etc.), stays with the viewer for its rather intense focus on the issue of social architecture.

Cevdet Erek’s works have been crowned by a room on Arter’s third floor where his acoustic and architectural interventions to spaces in Berlin and Vienna meet. Erek also explores the forgotten architectural facade memory of Istanbul’s Beyoglu with its constant transformation due to high financial stakes with an abstract gilding ornamentation attempt entitled Şaşaa (literally ‘splendor’).

The artist’s works Kolon and Sky ornamentation with 3 sounding dots and anti-pigeon net (So3sdapn) had been exhibited in Vienna and Berlin last year. In these works where Erek utilizes ‘invisibility’ as a physical problematic, or sometimes abolishes the concealed by overtly exposing it, he seeks and questions clues of aesthetic concern which make themselves felt though they can not be physically diagnosed, through designs of idea and function he creates via both light and sound.

At Arter’s entrance also stand the traces of a performance. Produced by the Germany based artist Nasan Tur, a video installation-performance greets the audience. In his 2004 work titled Invisible, which engages in direct dialogue with xurban_collective’s above mentioned work, Tur makes us the passive voyeurs of the exteriors of 10 mosques in various cities in Germany with over a dozen security cameras. However, it is not possible to discern any public sign or form referring to the function of these places in these spaces of worship.

The artist, transmits this state of visibility-invisibility through the Istanbul graffiti he wrote on the walls at the exhibition opening. Tur attempts to reveal an abstract portrait of the ghost of ‘anonymity’ as the sole transmitter of ‘invisible’ culture by presenting the posters comprised of graffiti he has collected back to the public free of charge.

It seems the preoccupation of the art collective Hafriyat that pursues the same ghost at the exhibition runs deeper. In the work titled Seventh Man, adapted from the book of the same title by John Berger, for which they have collaborated with two initiatives called HaZaVuZu and Yeni Sinemacılar (literally “New Cinematographers”), the artists salute the statue of the worker that was victim of vandalism in Tophane, Istanbul. Seventh Man brings to the light the concerns of a group of art professionals regarding a political work of art exalting the working class that is unrecognizable today and what its remains represent through an attempt to save what is left of the work on the verge of dissolution and documenting the process.

On the ground floor, a historical work by Sarkis on ‘memory records’ based upon the 1976 concept of Kriegsschatz / War Trophies recreates itself. This 1986 work titled K entre les deux étangs, emits a melancholic loneliness and silence around the exhibition. Actually Sarkis is not someone who participates in group exhibitions. He is an artist who is concerned with the existence, role and function of his works within the whole and the script. However, this work in the exhibition does not fall short of creating a strong gravitational force with its own silence and mystery of the narratives it veils.

The other two artists who are drawn to the mystery of sound in the exhibition are Füsun Onur and Ayşe Erkmen. Onur is a master who makes conceptual installations on musical terminology. In her Opus II – Fantasia, which was first exhibited in 2001 at Baden Baden Staatliche Kunsthalle, it is possible to discern the ‘synesthetic’ spirit of a musical piece written with objects. Using knitting needles, gilt yarn and small figures, Onur has created a three dimensional acoustic text in this work.

Erkmen’s Ghost has also been realized directly in relation with the exhibition and the space. The musical based work makes reference to T-B A21’s building in Vienna. Saluting Beethoven who has performed in the halls of this space in 1806, Erkmen makes reference to the composer’s personal life and the rumor of a ghost woman at Palais Erdödy-Fürstenberg at the time, again with a ghostlike voice, by a single soprano rendition she creates by transforming one single canon produced in four separate voices.

Ali Kazma’s video installation derives its power from the ritual it embodies: a poetic, dramatic interpretation of the circularity of memory. In Written, these pure thoughts comprised mostly of notes kept by the artist and quotes that appear and disappear on the screen leave the viewer in a Simurgh-like state of flight between conceptual mortality and mental immortality from fire to ashes, ashes to fire.

Hale Tenger’s dark installation Where the Winds Rest is inspired by the lines “Didn’t we pull the body out from underwater / We didn’t pull the body out from underwater” from the poet Edip Cansever’s poem by the same name. As the artist conveys that this suddenly forceful, twilight work feeds upon the spiral of the uncanny, terror and violence, she actually succeeds in creating the tension corresponding to all three of these concepts through the panic the work projects and the state of guilt it infects the audience with. Tenger’s work is nourished by the invisibility created by the fear it leaks.

Those concealed, those revealed as they are transformed

The tactic of revealing and concealing through transformation are modes of production Esra Ersen and Nevin Aladağ, two women artists who work in Germany, are interested in. Aladağ’s performance Nevin Aladağ interviews Nevin Aladağ which the artist has presented to the audience on April 7 and 8, 2011 in Istanbul, or Ersen’s I am Turkish, I am Honest, I am Diligent open up to discussion the question of how we can amalgamate the human body as a social costume in one single individual through the sift of different ages, economic classes or histories. While Ersen chooses a metaphor of Turkish school uniforms worn by 7-10 year old German children, in Aladağ’s work, the viewer is confronted with a therapeutic video in which a single German actor named Fabian Stumm articulates real life stories from Turkey and other people around the world that we listen from Aladağ’s voice. This work, again with Aladağ’s homage to a design object, is accompanied by the installation called Colors with a commentary on colored stockings and the abundance of their social connotations.

In the documentary sociological video installation Twelve which brings an alternative approach to identities within identities, Kutluğ Ataman presents an interesting approach to the peeling of the shells or adding new ones to the mystery that is the human being. In this 2004 work where double sided screens featuring 12 people are hung in the exhibition space recalling portrait photographs, each of them convey extraordinary memories of their lives as the ‘other’ to us others sitting on chairs where they confront us one by one.

It is possible to see that two more artists in the exhibition are tracing the same question marks: İnci Eviner in another puzzle like work questioning identity and Nilbar Güreş. In Eviner’s video installation titled Harem we encounter a huge performative/live painting made on Melling’s historical palace engravings using computer technology. There is no relying on elements such as ethnic background, gender, dramatization or nudity in the women in this painting. On the contrary, the attestation of an interesting experimentalism awaits the audience in the work.

It seems that in Güreş’s video Unknown Sports we are also faced with the modern and social critique of this irony. In her video, Güreş sets out from the private life and details of the woman who is treated as a second class person in the traditional Turkish family. Yet this private life transforms into a bitter sport in Güreş’s aesthetics and this irony is shared with the viewer through a performative video. The name of this sport is in fact ‘being a woman’. It is a brutal, sad sport with branches such as waxing, beautifying, getting your hair done. In this respect, Güreş’s work turns into a qualified, rightful and humane political action exploring the woman within the woman. 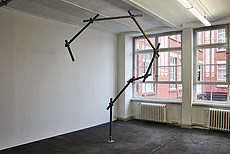 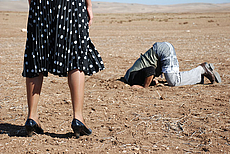 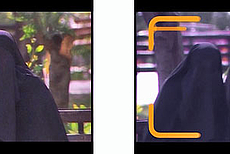 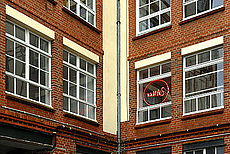