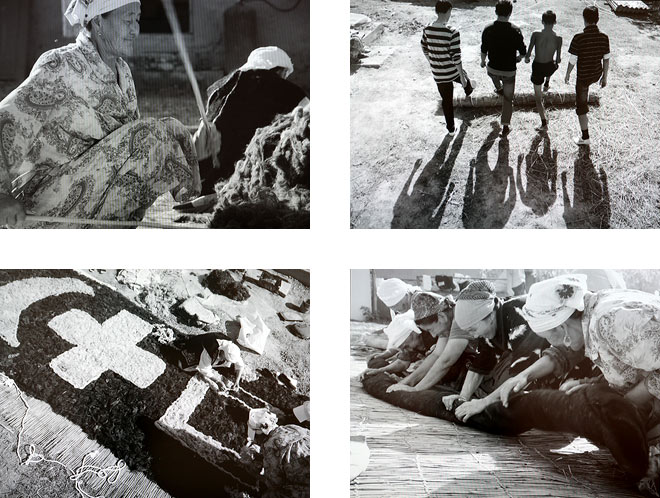 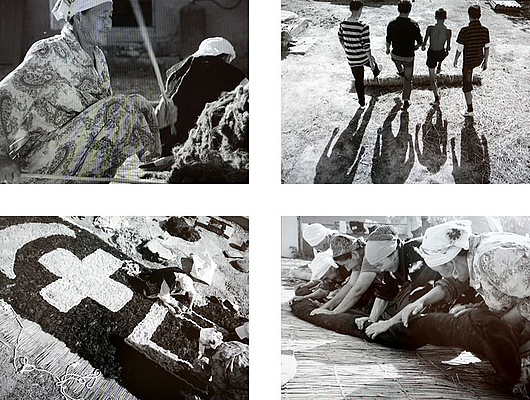 Series of digital photographs
Slide show, 4 min
The project Farewell of Slavianka is a slide show presenting an unusual ritual. According to Said Atabehov, the captured action was carried out by his Kazakh relatives, trying to find traces of the artist's great-uncle, who went missing in 1943 during the Great Patriotic War. At first the villagers made a special object - a 'carpet' with the same half-sacred, half-suprematic images of a crescent, square and circle, which are parts of the project Red Cross, followed by a ritual procession of the object.

Themes and contexts of his four projects at the Central Asian Pavilion, Venice Biennale 2011.