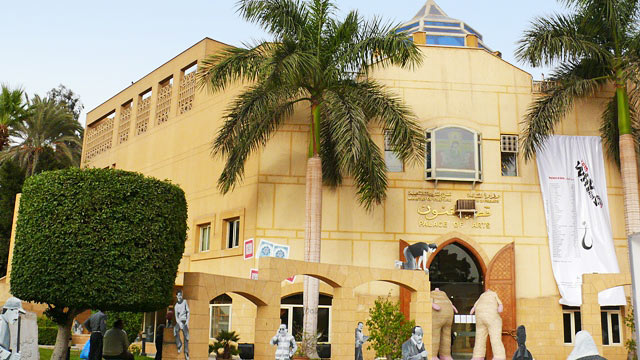 Since the 1940s, two parallel trends dominated the Egyptian art movement: the first and more prevalent was technically proficient figuration and literary representation, while the other trend was a local avant-garde current with rebellious artists who attempted to expand the limits of traditional methods of expression. In the late eighties and early nineties, the Egyptian art scene witnessed a burgeoning inclination towards technical and conceptual experimentation among mid-career and younger artists.

Today the same art movement — celebrating more than a century of modernism in the arts — is an effervescent continuum of contemporary art trends, with artists who have both local and international careers but continue to live and work in Egypt; the success of many of them in the international art scene is still being documented and theorized under such labels as "Arab art " or "Middle Eastern art", which serve exclusively commercial markets and market niches. Such phenomena of international success, market "labeling" and the absolute lack of proper "commercially disinterested" theoretical and pedagogical documentation are the principal impetus for us to conceptualize the project Why Not?: Contemporary Art from Egypt.

Why Not? is an open call for those artists to conduct more audacious personal research; the project encourages artists to attempt further experimentation in unconventional media and to challenge their own current studio practices. The project addresses both process and art production. The 45 invited artists and their projects represent the diversity of art practices vis-à-vis media, techniques, concepts and craft that we traced in Egypt within the past decade. The final artworks will testify to the current state of the arts in Egypt, and the catalogue photo-documentation as well as the artists’ statements will provide appropriate material to start proper theoretical and pedagogical research.

The title Why Not? reflects the infinite open possibilities that defy and challenge the standard axioms that eventually erupt within stagnant traditional streams of thought. Our readiness for and — in fact — encouragement of potential results whatever they may become are equally infinite.