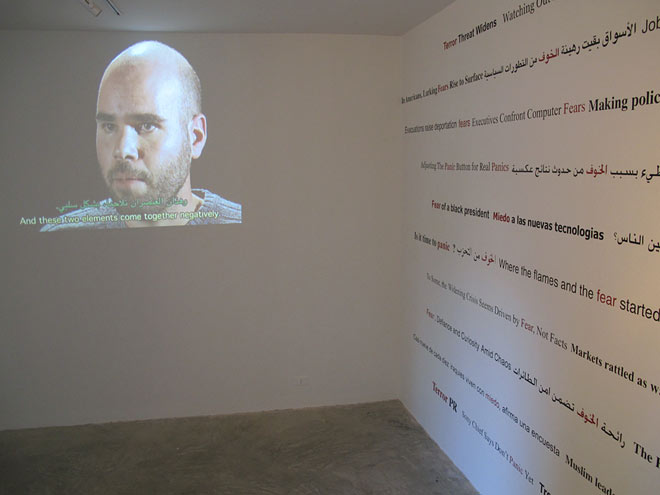 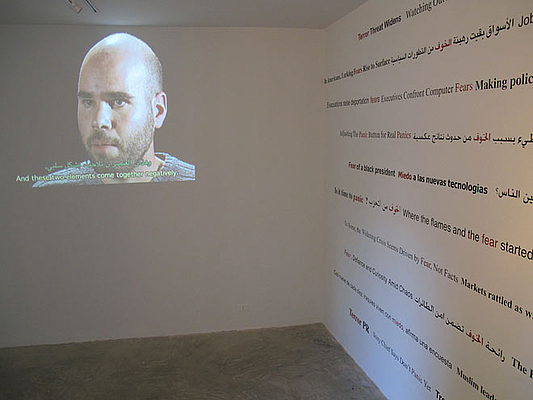 On Translation: Miedo/Jauf. 2007-2010
Video, prints, and text on wall
Muntadas began his project On Translation in 1995, and has explored issues of interpretation and translation internationally since then in more than thirty works. On Translation: Miedo/Jauf was filmed between Tarifa and Tangier in 2007, and focuses on the border between Spain and Morocco. While the work draws on some found images and texts, it is primarily based on interviews conducted by the artist with the inhabitants of both sides of the Straits of Gibraltar about the concept of fear.