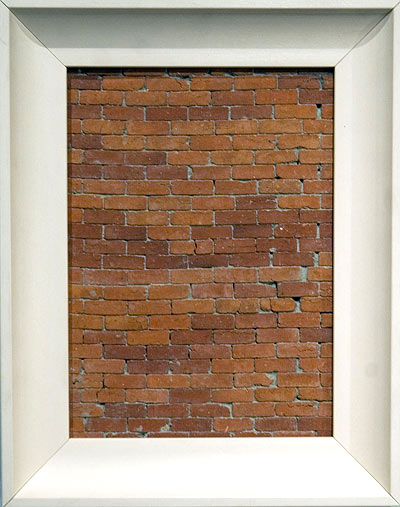 Contemporary art from Pakistan has long since shed the status of an insider tip. Artists like Rashid Rana, Bani Abidi, Huma Mulji, Hamra Abbas, Naiza Khan, and the New York resident Shahzia Sikander, to mention only a few, are meanwhile well established on the international art market.

A powerful and at the same time unusual, unexpected appearance of an overview exhibition of Pakistani art is currently on view in the still young Devi Art Foundation in Gurgaon near New Delhi. The foundation was set up in 2008 by the mother-son duo Lekha and Anupam Poddar and operates India’s first private museum for contemporary art. Gurgaon, one of the four satellite cities on the periphery of New Delhi, has developed over the last ten years into an industrial and financial center and India’s call center capital. Among the usual glass facades of shopping centers and office towers, the Devi Art Foundation building, clad in rusty steel, is a refreshing change of pace. Here the Poddars present changing exhibitions on about 700 m² of exhibition space spread on two floors. Their own collection of contemporary Indian art is among the most important in the country. That they also exhibit works by young, dynamic art from the neighboring countries (Pakistan, Bangladesh, Sri Lanka, Afghanistan, and Tibet) testifies to the farsightedness of the two collectors and lends the institution regional and international significance.

The exhibition ResembleReassemble is showing contemporary art from Pakistan from January 17 to May 10, 2010. Rashid Rana chose for it 74 works from the Poddars’ Pakistani collection, which currently holds 150 works of art. All were created in the last 10 years by members of the younger and youngest generation of artists.

In the 1990s, Pakistani art shed the burden of the past and now presents itself as more varied than ever. Pakistan’s urban realm is tremendously diverse and suffused with visual codes that provide the artists with much potential for their ideas. In this context, tradition and the past compete with modern technology and contemporary lifestyles.

The first two generations of artists in Pakistan intensely and explicitly took identity and nationality as a theme. For the country’s young artists, this is seldom an emphasis anymore. When the artist Bani Abidi questions the state power structure, she delves to the bottom of staged identities and state ideologies and casts light on the problem of official historiography. In language and image, the double channel video The News (2006) approaches the problem of nationality and the division into states, but points less to the differences than to the commonalities of a society that already existed before the partition of South Asia.

Huma Mulji’s works usually treat references to the emotional state of Pakistani society ironically. The active parties in Trespassing (2004) and Do Parallel Lines Ever Meet (2005) are light-skinned, naked Barbie dolls, one time “sweetly” cuddling together in the midst of urban garbage and the other time meticulously separated on separate swings. Brought together here are sex and consumption, sensitive areas that are of much greater concern to Pakistan’s heterogeneous society than are many day-to-day political events.

Another connection with South Asia’s socio-political reality is found in Farida Batool’s
Line of Control (2004, lenticular print). While the particular printing technique makes the two bodies pressed against each other seem to be in motion, the line separating the two bodies remains static. The title refers to the unsolved problem of Kashmir. Aisha Khalid achieves a similar visual result using the traditional technique of miniature painting to focus on social issues and phenomena. Veil (2004) takes up the realm concealed by women’s traditional veil. The red, linearly swooping veil hints at a female figure but, as in an optical illusion, lets it disappear in a delicate, geometric tile pattern. Farida Batool’s Line of Control and Aisha Khalid’s Veil articulate the theme of spatiality substantively and visually; they point to separation and exclusion and the intimate, private realms that arise thereby.
Noor Ali Chagani’s works Unit (2009) and Possession (2009) are like metaphors in traditional or neo-miniature painting. The tiny terra cotta tiles, meticulously cemented together in blocks in Unit or framed as a wall picture in Possession, relate to the male wish and urge to create a home. The contradiction is obvious: the minimalist, delicately arrayed tiles will hardly be able to bear the intended weight.

A specific characteristic of Pakistan’s art is that almost all the known artists belong to or are associated with institutions like the National College of Arts (NCA), the Indus Valley School of Art and Architecture (IVSAA), or the new Beaconhouse National University (BNU). This fertile involvement and collaboration has made an essential contribution to bringing Pakistani art to where it is today.

The current showing at the Devi Art Foundation conveys a representative impression of the dynamism and diversity of art created in Pakistan.