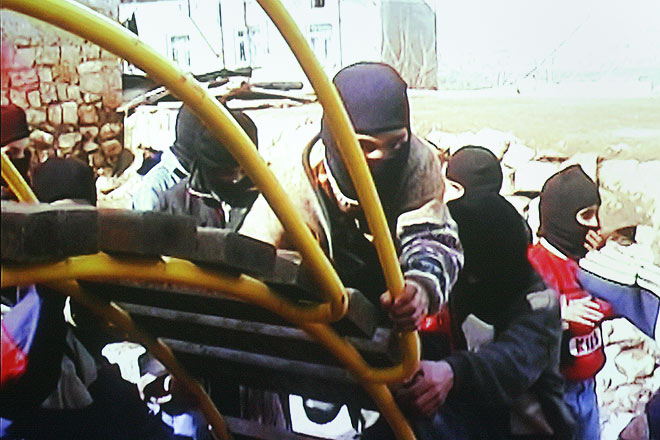 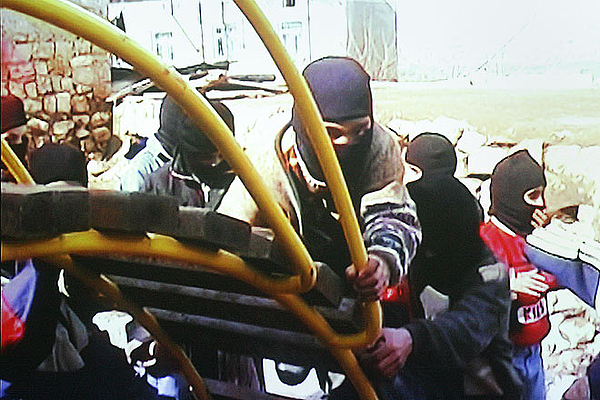 Adult Games. 2004
Video, 4:00 min
In his videos, Erkan Ozgen addresses the traumatic experiences and mental disturbances among the Kurdish population in South East Anatolia, as bitter consequences of the brutal civil war in the region during the last two decades. Erkan Özgen: "…the children in my work called 'Adult Games' who are wearing hoods and are the actors of the play, in whose foreheads are written 'born to be a terrorist', are the Kurdish children with guerilla identity, whom 'the apparent state' is struggling to assimilate..."
(From the booklet of the exhibition)