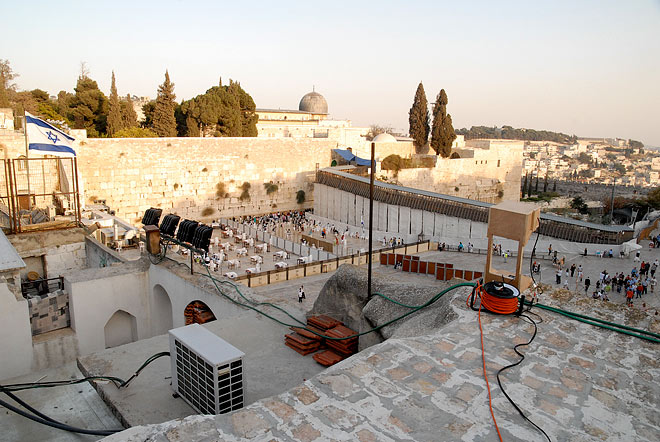 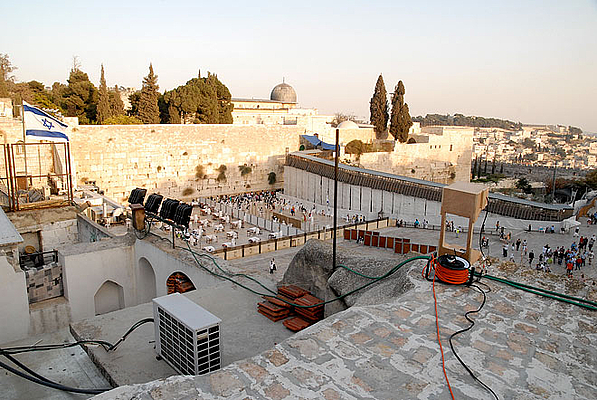 Al Jaar Qabla Al Dar. 2009
Single channel video
45 min
CAMP’s Al Jaar Qabla Al Dar (2009) project posits a possible mode of intervention based on participation. The Mumbai-based collective invited a group of Palestinian residents to slip behind pan-tilt-zoom cameras (widely used for surveillance) to document their neighbourhoods in and around East Jerusalem. Whilst operating the cameras, the residents spontaneously commented on the footage they were capturing. The usually distinct roles of director, subject, commentator and editor collapse in space, and, in time, so do the processes of capture, editing and interpretation of the footage. Al Jaar Qabla Al Dar radically upsets conventions of authorship within the documentary genre, and the existing hierarchies of film and video making. In doing so, the project also avoids the problematic assumptions of objectivity and neutrality that have discredited lens-based documentary practices. As Palestinian residents evaluate what can be seen, and their distance from others, the viewer is invited to engage in a similar reflexive process, and assess his role, as an image consumer, in the representational politics exposed in Al Jaar Qabla Al Dar, and several of the works presented in Future Movements.

About the exhibition on Jerusalem, included in the CityStates' focus of this year’s Liverpool Biennale.