Contemporary Art in the Middle East

Contemporary Art in the Middle East. Photos and video webcast of the event at the Tate, London, in January 2009. 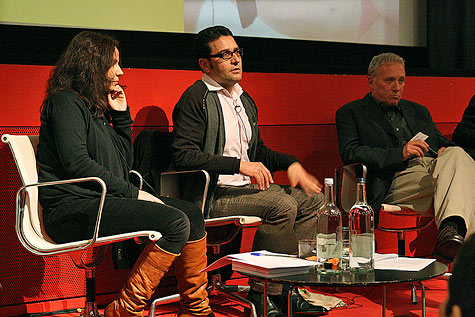 This two-day symposium at Tate Britain and Tate Modern, organised by Tate and the International Curators Forum, in association with Nafas Art Magazine, brought together art specialists, artists and writers to discuss recent developments in contemporary art from the Middle East and its diaspora.

The interest in the event was overwhelming. According to the Tate organizers, there where approximately 600 people in the audience and three times as many tickets could have been sold.

The symposium's program of keynote speeches and panel discussions was organized in five sessions:

>> Photos of the event

Contemporary Art in the Middle East