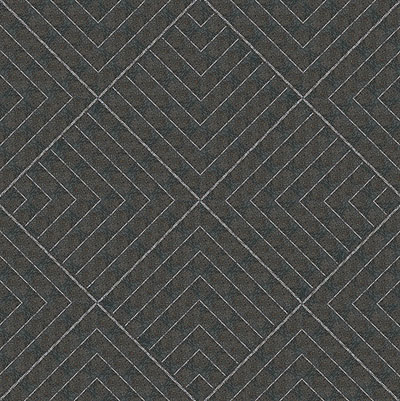 The Jameel Prize is a new international art prize for contemporary artists and designers inspired by Islamic traditions of craft and design. It aims to raise awareness of the thriving interaction between contemporary practice and the rich artistic heritage of Islam, and to contribute to a broader debate about Islamic culture.

Afruz Amighi’s winning work 1001 Pages is informed by a broad range of Islamic sources, including carpet design, miniature painting and architectural decoration. She uses light and shadow to create complex and engaging designs whose precise location can elude the viewer. She employs a stencil burner to hand-cut the design from a thin, porous sheet of plastic – a material used in the construction of refugee tents. The work is suspended, and an overhead projector illuminates the piece, which casts a shadow of the intricate pattern against a wall.

An exhibition of works by the winner and short-listed artists is on view at the Victoria & Albert Museum from 8 July - 13 September 2009.

Hamra Abbas' installation takes the form of a floor covering composed of an intricate and delicate pattern drawn from Islamic sources. The visitors are compelled to walk over it, despite their natural reluctance to step on a work of art. This contradiction provides the work with its power and captures the centrality, urgency and vulnerability of the role of Islam in today’s world.

Reza Abedini’s work reflects the central place of calligraphy in Iranian culture, and he uses it to create strikingly expressive images. He often combines the outline of a human figure with text in a way that suggests the inner life of the figure, or the richness of the culture to which he or she belongs.

Sevan Biçakçi presents examples of his hand-crafted jewellery, which combine contemporary glamour with vivid evocations of the historic cityscapes and urban life of his native Istanbul.

Hassan Hajjaj’s work is a zestful commentary on the strength of Islamic traditions in the face of external challenges. He highlights the power of image and branding, but also shows how this power can be subverted.

Khosrow Hassanzadeh: The title of his acrylic and silk screen prints on canvas, Ya Ali Madad, is a traditional invocation asking the Imam Ali for help. The repetition of Ali’s name forms the background pattern to the image. The screen prints are based on antique photographs which show two wrestlers holding hands and surrounded by figures from other walks of life.

Susan Hefuna's works were inspired by the mashrabiyyahs of Cairo, where these latticed woodwork screens cover windows and balconies in traditional houses. The mashrabiyyah screens often incorporate short religious texts in Arabic or Coptic, and the artist has responded by using modern inscriptions in her work.

Seher Shah: The sources for Shah’s intricate and sophisticated drawings include Islamic patterns and geometric designs, which she combines with other elements to produce dramatic imaginary landscapes.

Camille Zakharia: In his photomontages from single negatives, carefully arranged to create geometric shapes which are then printed on rag paper, he uses patterns from Middle Eastern mosaic tiles and carpet making. Division Lines (2004-2006), is an artist’s book of collages created from photographs of street markings.

Sponsored by Mohammed Abdul Latif Jameel, who conceived the idea after providing the financial support for the renovation of the V&A’s Jameel Gallery of Islamic Art.

Patron of the Jameel Prize is Architect Zaha Hadid