Art and curatorial practice in Algeria

Interview with Nadira Laggoune, art critic and curator from Algiers. 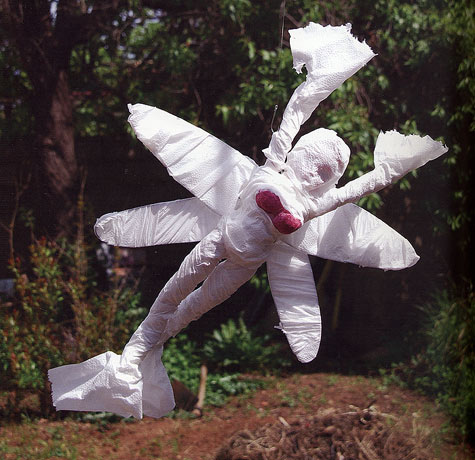 Haupt & Binder: You were curator of the exhibition Africaines (African Women) and co-curator of La modernité dans l'art africain d'aujourd’hui (Modernity in African Art Today), both part of this year's Pan-African Cultural Festival in Algiers. Which were your criteria for selecting the artists, in particular those from Algeria?

Nadira Laggoune: My criteria were conditioned by two things: in Algeria, the modes of diffusion of contemporary art such as exhibitions, exhibition spaces, workshops, and residences are quite rare. On this level, events such as the Pan-African Festival present a great opportunity. On the other hand, we don’t know so much about art made in Africa and artistic exchanges are practically non-existent. I therefore considered that it was necessary to give a representative overview of contemporary African art through the most visible artists of the continent, with a further focus on the diversity of contemporary artistic practice. I therefore chose confirmed female artists such as Angèle Ettoundi Essamba (Cameroon), Berni Searle (South Africa) or Hala El Koussy (Egypt), but also Sithabile M’lothstwa (Zimbabwe) and Achilleka Komguen (Cameroon) for their socio-critical position. I admit that a selection is always somewhere personal and tributary to one’s own convictions; I have a tendency to privilege artists who are engaged in current events, the future of their society, and the condition of man. I also have a principle of exhibiting young emerging artists to support them at the beginning of their career.

Haupt & Binder: What is the usual path for a young person in Algeria to become an artist?

Nadira Laggoune: It’s difficult, not only for Algerians. For most young people interested in art, the first step is to go to art school, and the second to exhibit, or both together. This would seem quite logical, but is not always the case. With the rising use of audio-visual media (photo, video), many young artists today have not had any artistic training at all to speak of. The real problem however lies in the lack of exhibition venues. In addition, recognition poses a problem, since there are no such classical structures as art critics, art periodicals, specialized galleries and museums etc… In order to realize their vocation, complete their knowledge, or receive the recognition that would not always be reachable at home, a large number of young artists decide to leave the country.

Haupt & Binder: What is the current situation of art education in Algeria?

Nadira Laggoune: The teaching of art is essentially provided by state institutions and some few private schools. There are about ten of them, including the Ecole Supérieure des Beaux Arts Algiers (Superior School of Fine Arts), which depends of the Ministry of Culture. The classes are academic with a classical pedagogical structure oriented towards the mastery of a craft: painting, sculpture, design, and Islamic arts. But the students widely access the new media (video, photo, web art…) via the web and are thus exposed to all kinds of other aesthetic experiences. It is however a current policy throughout the country to open schools and to set up a certain infrastructure of museums, houses of culture, art spaces etc... The rest remains to be done by the actors of the art world; artists, critics, curators…

Haupt & Binder: How much influence do the Algerian modern masters still have today?

Nadira Laggoune: The Algerian modern masters such as Issiakhem, Khadda, and Mesli are still very present in Algerian painting. The Aouchem (tattoo) movement initiated in 1967 as a movement of "aesthetic de-colonization" with the idea of creating modern art on the base of "abstraction existing in Algerian cultural heritage since prehistory" lead to a "school of signs" that was to influence all Algerian painting. Copied, imitated, and sublimed for too long, this still continues to haunt Algerian art.

Haupt & Binder: Are the careers and work of artists such as Zineb Sedira, Kader Attia, or Zoulikha Bouabdellah watched with interest in Algeria?

Nadira Laggoune: Of these artists, Zineb Sedira is the one who has most shown her work. She has exhibited two or three times at the French Cultural Centre in Algiers; she also showed Mother Tongue in a private gallery and has taken part in collective events during Algiers 2007, Arab Capital of Culture: L’Art Contemporain Arabe and L’Art au Féminin. I was the curator of this exhibition of Arab women artists and it has been the only presentation of Zoulikha Bouabdellah in Algeria, where she very rarely comes. Kader Attia has never exhibited in Algeria but together with Zineb Sedira, he is quite present in this country. They both often come to stay and have been well introduced to Algerian cultural circles. Their presence brings an artistic confrontation and exchange that has a certain influence on the artists they meet. There is a definite interest for their work that, however, still has to be shown on the Algerian art stage.

Haupt & Binder: Do artists organize themselves to create their own opportunities for working and exhibiting?

Nadira Laggoune: There have been attempts but for different reasons these have been very short lived. Real artist organizations in structured groups with a program and projects for the creation of artistic events and actions don’t really exist. There is a quasi-official structure with the Union of Cultural Arts (Union des Arts Culturels - Unac), open to all who consider themselves to be artists, but this remains an official state subsidized organization. It is however a space of recognition and a mark of quality for the artist that exists in all the regions of the country.

Haupt & Binder: How active is the exchange with neighboring countries? Was the Cultural Festival in Algiers also intended to facilitate dialogues?

Nadira Laggoune: Despite limitations, there is a growing exchange with Morocco and Tunisia. Events such as Algiers, Arab Capital of Culture and the Pan-African Festival are extraordinary opportunities to develop artistic exchange since it is otherwise difficult to finance travel within Africa for instance. This type of event permits (and has permitted in the past) to discover creative activities in the other countries and to establish links with determining actors of the artistic scene such as curators and heads of institutions. Artist encounters and exchanges are vital for an opening up and the opportunity to measure artistic practice with others.

Haupt & Binder: What is the greatest challenge for a curator in Algeria?

Nadira Laggoune: That is a most delicate and difficult question. We are still in a society where the notion of exhibition curator has only just timidly started to impose itself against the idea that it is synonym of hanging pictures, something the artists usually do themselves. There is nevertheless a tendency towards change and the functions of a curator are slowly but surely entering artistic custom. The real challenge is a true recognition of the curator’s role in conceiving an exhibition as an author in his or her full right, and presenting the result of matured reflection. We have not yet reached this but the notion is growing, despite still widespread incomprehension of the importance of the work of a curator.