An insight into gender and role models in Iran. Works by contemporary Iranian artists, Museum of Islamic Art Berlin. 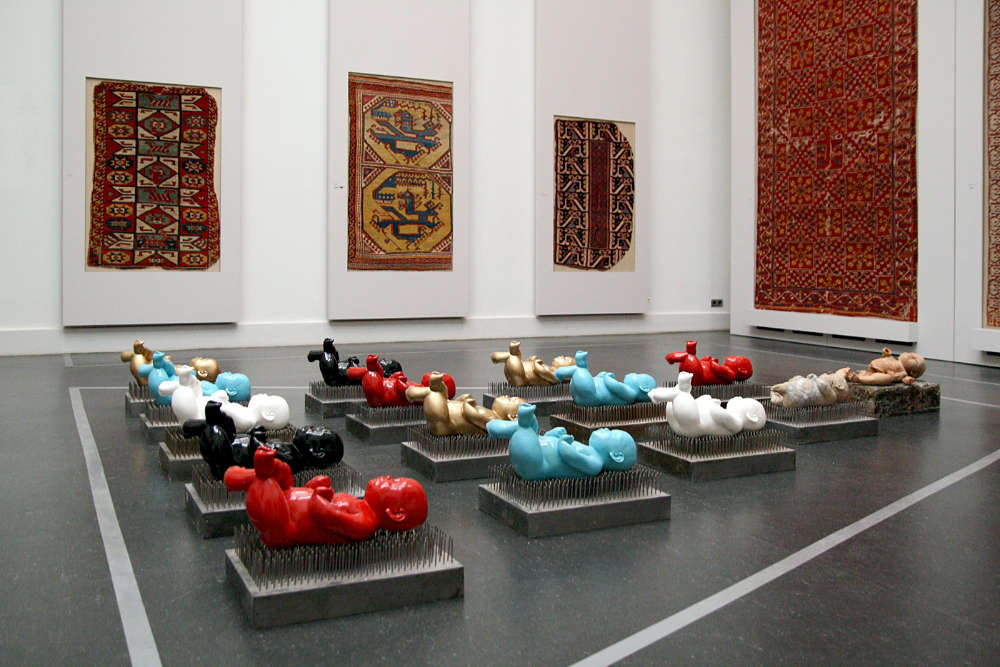 Naqsh is a Persian word meaning copy and model, yet also role. Copies, models and roles – and breaking out of them: these are the subjects of the

Naqsh exhibition at the Museum for Islamic Art on the top floor of the south wing of the Pergamon Museum in Berlin.

On display are works by contemporary Iranian artists who deal with, comment on and break out of traditional and present-day images of gender identities, role models and behaviour patterns in Iran. In the academic-documentary part of the exhibition, visitors have a chance to see and hear representatives of secular and Islamic feminism, a transsexual man, as well as academics and activists in audio and video interviews.

The works presented here were created in Iran and in the Diaspora. Looking at multi-faceted gender roles and identities, Naqsh intertwines various levels of expression – art, scholarship and life. The project’s interdisciplinary approach is in this respect new. "This project is not only about women and the social constructs surrounding women," explains Melanie Nazmy-Ghandchi, who initiated and coordinated the exhibition project. "The works show how life is being led with diverse gender identities, under political, social and religious conditions of everyday life. Role models in Iran aren’t static, people criticize them, defend them and discuss them. Naqsh provides an insight into an extremely complex and heated debate, as well as the chance to critically reflect on what is reality, and what is projection."

About the artistic works in the exhibition:

In her installation, Bita Fayyazi displays genderless babies on beds of nails. She writes that the work is an expression of her "worry about what the world has become and the children born and as yet unborn, who are still to experience and develop in this pitiful state of affaires regardless of gender."

In Parastou Forouhar’s photographs, the observer first thinks he or she is looking at a faceless woman in a chador. But looking at it closely, we can see that the supposedly empty face is actually the back of a bald man’s head.

Alireza Ghandchi creates a dialogue in his video with a female figure which Maryam Salour originally created twenty years ago in ceramic and displays here, reworked into a bronze sculpture.

In an archaeological box, Shirin Homann-Saadat presents fictional fragments from the Iran expeditions of the archaeologist she invented, Gertrude B. (1868 – 1926).

The large-format painting by Ahmad Morshedloo shows people from his private surroundings where gender relations are subtly expressed.

Neda Razavipour explained that her video work is a sarcastic and ironic point of view about love and eroticism, playing with social taboos.

(Based on press information by the organizers and catalogue texts. Translated from German: Catherine Lejtenyi)

Organized by German and Iranian scholars and artists in Berlin.