Selections from the Mohammad Din Mohammad collection exhibited at the Museum of the NU of Singapore. 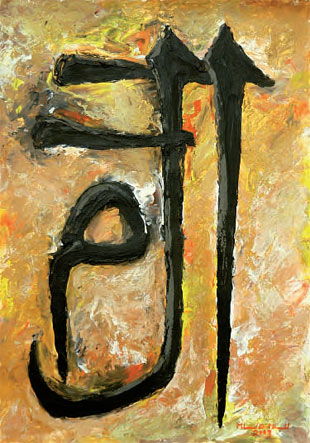 Collections and structures with museum-like functions have existed throughout the world since ancient times. In Asia, precious items have been deposited for safekeeping in temples and shrines as objects imbued with religious and cultural reverence. In Sri Lanka, the sacred tooth relic of the Buddha is preserved at the Sri Dalada Maligawa, which acts as a temple and tourist site. Historically, in tribal villages across the Malay Archipelago, special houses were created to store sacred paraphernalia such as ancestor relics, lineage symbols and other valuables. However, these non-western models have received little attention as alternative articulations of museological, archival and curatorial practice. Professional museology in Asia seems to rest heavily on one knowledge system, namely the modern Western one that is said to have originated in the 17th Century. This model (with exceptions of course) has dictated how non-Western objects are collected, documented, curated and perceived in modern Museums around the world. However, what happens to those objects that we collect as “antiques” or “curios” from our local karanguni store or high-end boutiques, which then come to form part of the decorative landscape of our homes? Late Singapore artist Mohammad Din Mohammad (1955-2007) had some answers.

The exhibition Archives & Desires explores aspects of modern Southeast Asian art and museological discourse through the life and works of late artist Mohammad Din Mohammad. Mohammad Din was born in Malacca and received his art training at the Nanyang Academy of Fine Arts (Singapore) where he graduated from in 1976. A student of Sufism, Mohammad Din’s paintings and sculptures are also heavily influenced by his life long practice as a Silat Guru, traditional healer and his extensive travels across Southeast Asia. Mohammad Din’s passion for Sufism and conscious recognition for moderation in all aspects of life inspired him to paint calligraphy in Arabic script with his bare hands, a technique initially inspired from the Indonesian maestro Affandi, but also a skill he experimented with, developed and personalized over two decades. In general, Mohammad Din adapted his calligraphy, paintings and sculptures to speak of the mercifulness of Allah, but also to represent a certain personalized talismanic energy in each individual work, transmitted via the gaze.

Over the span of a professional artistic career that lasted four decades, he and his wife, artist Hamidah Jalil also collected different Southeast Asian artifacts ranging from Malay Kris’ to rare coins and textiles. The walls and cabinets of Mohammad Din’s home in Singapore attest to the magnanimity and depth of the collection. Many of the collected objects were used in his sculptures, which vividly celebrate the eclectic cultural heritage of Southeast Asia. As such, based on extensive ethnographic work conducted at the artist’s homes in Singapore and Malacca, the exhibition at NUS Museum unravels the intricate relationship between the powerful position modern museums occupy in terms of ‘archiving cultures’, be they western or non-western ones and the politics of Mohammad’s private collection which seemingly lies beyond the decorum of a modern museum.

The exhibition brings together Mohammad Din’s paintings, calligraphy, sculptures, traditional healing materials and collectibles into one space. As a result, an assortment of display strategies have been adopted to enable the gallery to be conceived as discursively representative of a Mohammad Din self portrait. A conscious decision was to not restrict the exhibition to ‘finished’ products meeting museum conventions but display selections from the collection via a method which refuses the lure of producing a clear cut chronologically rational narrative. The curatorial appeal is one of a literal ‘syncreticism’ which is visually constructed by each individual reader by fusing the different arrangements together in an attempt to understand the multi-faceted oeuvre of ‘Mohammad Din’, but at the same time acknowledge the artificiality and problematics involved in the museumization of cultures.