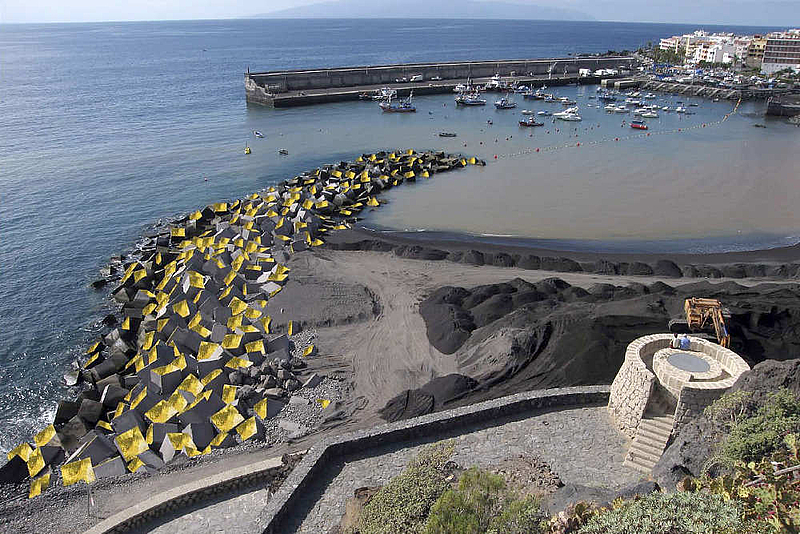 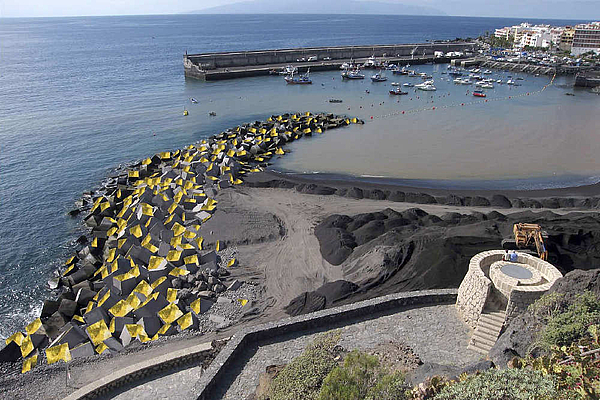 Darsi intervened in the port of Guia de Isora on the Canary Island of Tenerife with a piece he has called "Golden Jetty" or "Or d’Afrique" a pun on "Out of Africa" and "Gold from Africa". This is the first edition of a series of similar interventions planned for seaports around the world. Here, Darsi applied his golden adhesive to the concrete blocks of the jetty: the bewitchingly beautiful and geometrically minimalist water-edge of the wealthy marina stands out in paradoxical contrast to the brutality of the concrete, with associations of coastline protection against warfare or illegal immigration. Despite the sea wash, the intervention lasted for some months and the artist produced a series of photos that capture the warm golden gloss in sharp distinction from the rough concrete.