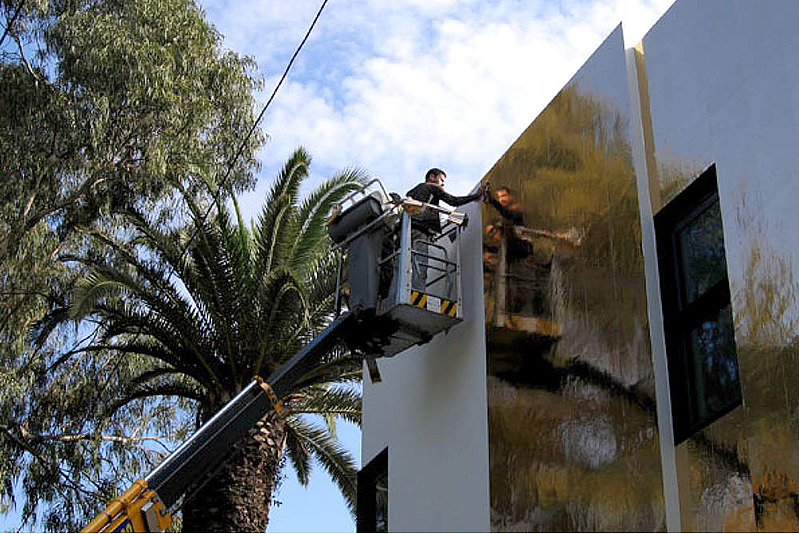 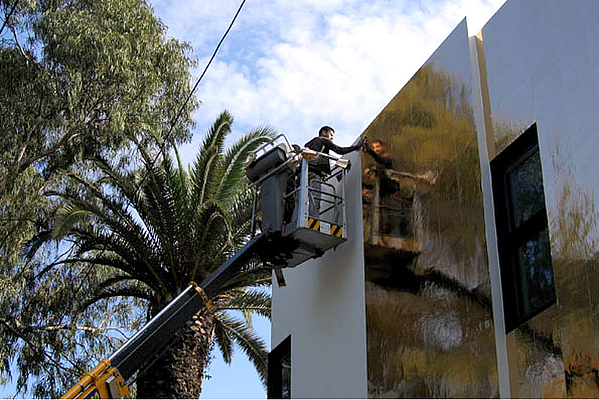 In 2007, Darsi carried his golden applications into public space by using his adhesive rolls on the façade of an uptown commercial art gallery. For the first time, the Galerie Venise Cadre in Casablanca was presenting vanguard contemporary art. The initial four days for which the installation had been authorized turned into a duration of five months. The gallery became "the golden house", a landmark for the town’s taxi-drivers and a general subject of conversation for all those who had seen it. The reflections in the high-gloss surface of the adhesive paper turned the building into an Impressionist painting but also hinted at the extensive use of traditional ornamental gildings.