Last of the Dictionary Men 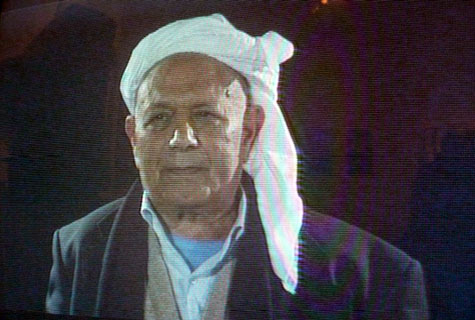 Last of the Dictionary Men is the first exhibition of its kind to delve into the individual stories of the South Shields Yemeni community [1]. Focusing on the rich history of one of Britain's oldest Arab and Muslim communities, filmmaker Tina Gharavi presents a series of fourteen video histories, and Youssef Nabil presents the monumental portraits of the 'Dictionary Men'. The 'Dictionary Men' are the last surviving seamen from the first generation of Yemeni settlers in South Shields. Accompanying the exhibited video and photographic portraits is the cinematic screening of Gharavi's film

The King of South Shields, the little-known story of boxer Muhammad Ali's wedding in the local Al Azhar Mosque.

This, the first presentation of

Last of the Dictionary Men at BALTIC, explores the North East of England's proud maritime and industrial heritage that has all but disappeared from today's modern landscape along the River Tyne. For over 100 years, thousands of seamen from Yemen worked on ships, some settled in the small town of South Shields and made it their home. The heritage of this remarkable Middle Eastern connection and the successful integration of this Yemeni community is at the heart of this project. For the main gallery, Gharavi has recorded fourteen intimate interviews of the 'Dictionary men'. Presented on found television sets sourced directly from the local community, the height of each of the televisions corresponds to the real-life height of the Yemeni men. Meanwhile, monumental portraits of the Yemeni men hang on neighboring walls. This series of thirteen specially-commissioned images by artist Nabil are initially handpainted images which have been enlarged, and form a contemporary commemoration of the men. Absent from this series however, is the fourteenth man, Mohammad Nasser, who passed away before the

Last of the Dictionary Men project could be completed. His presence is marked at the door of the gallery with an early passport photograph.

Over the course of three years, the

Last of the Dictionary Men project has investigated the local Yemeni history and collaborated with the seamen to record their endangered stories and experiences. From the accounts of 800 Yemeni men from Tyneside who died at sea in World War II, to the misinterpretations of the trade union riots at the Customs House,

Last of the Dictionary Men presents new ways of seeing, hearing and understanding the complexity of Muslim identities. It explores this within a North-East working class context and the current nationwide debates on immigration, identity and multi-culturalism.

Cutting across the North East landscapes – industrial, political, social – as well as across continents and generations, this exhibition seeks to make an invisible history visible once more. It attempts to rectify the poverty of representation of Islamic communities in Britain today and foregrounds wider issues of diaspora, migration and equality in notions of British identity, both past and present.

Last of the Dictionary Men is a Bridge + Tunnel Production.

(Text of the organizer)

Video histories by Tina Gharavi and photos by Youssef Nabil