Bastakiya gets a vision 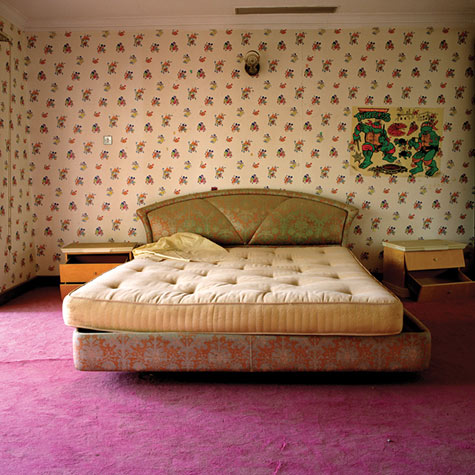 In the UAE at present you can take your pick of far reaching cultural visions. The two most obvious are the Khor project along the Creek in Dubai [1] and the Saadiyat Island project in Abu Dhabi [2]. In general the vision becomes policy without sufficient thought given to the infrastructure and perhaps most crucially, to the human resources needed to execute the visions. If the UAE believes its own hype, it is already well on the way to becoming the cultural hub of the region. However, without better planning on the 'who' rather than the what, where and why, the journey may take longer than anticipated.

To be fair, there has been a lot of very successful arts related activity in a very short space of time, suggesting that this particular vision is feasible. The most obvious in Dubai is the Gulf Art Fair, which ran for its second year from 19th – 22nd March as Art Dubai, and has had a phenomenal impact on the city. Last year generated a fringe event, the Creek Art Fair, an arts education charity (START) and a UAE quarterly arts discussion forum (The Thinking Cloud). This year the Dubai International Financial Centre (DIFC) also launched a 'Season of Arts', which included exhibitions, performances, film screenings and installations.

It is the two-week long Creek Art Fair, however, that feels like it is most grounded in the locality. Out of 25 participants this year, 18 were from Dubai, two from Sharjah and one from Abu Dhabi. This included two houses of UAE artists, 3 design companies, 8 galleries and 4 universities. This assembly of UAE cultural contributors in one place at one time was completely unprecedented and provided an opportunity for local organisations, which are the real emerging cultural infrastructure, to see what other organisations exist and what they are doing. It really felt like a community event which is invaluable and a rare thing in Dubai.

The CAF is held in the heritage area of Bastakiya in old or reconstructed two-story wind tower houses, all of which have interiors consisting of rooms arranged around a central courtyard. The area is self-contained and all the houses are within easy walking distance of each other with plenty of exterior space for sculpture, installation and performance making it a perfect location for art. Development Company Tatweer owns the whole area but the fact that most of the houses are unused for the rest of the year did cause some problems.

Little preparation time and no gallery resources like partitions, hanging systems or experienced hangers meant that work couldn’t always be shown to its best advantage. It also increased the chance of work being damaged and there don’t seem to be any contractual or insurance mechanisms. There are also maintenance issues like broken lighting or AC and in a few cases this year there was no time or staff to resolve these problems before the opening night.

The lack of people to help was a major problem for both the organisers and the participants. Whereas Art Dubai could draw on an available pool of volunteers from its own internship programme created last year, the CAF did not have enough human resources. Many of the participating galleries and organisations couldn’t maintain their own premises plus an additional one in the CAF for two weeks. As a result many of the houses in the CAF didn’t open for the duration of the fair especially in the second week when all the people in town for Art Dubai went home. This is a shame because the quieter second week is a great time for school visits although the educational value of these trips could be much greater with more people to act as guides.

Lack of staff and funding also had an effect on how much publicity the CAF was able to generate in its own right. Press coverage was inevitably more focused on Art Dubai but a local media culture of 'cut and paste the press release' doesn’t help anyone. Perhaps the most surprising thing was a complete absence of large signs anywhere saying 'Creek Art Fair'!

However, a lot of people including journalists, collectors, students and tourists moved between the two events and around the other galleries in Dubai on the Art Bus. The bus was organised by the Jam Jar and funded by DIFC and Art Dubai itself and did a great job. The success of this is partly thanks to the freedom that comes with guaranteed funding and as with arts development anywhere in the world it ultimately comes down to money. That is perhaps more acute here where is a tendency for art to be seen as an alternative commodity. Donations have certainly been evident in high profile campaigns that ensure international prestige, but smaller scale support for local ventures that don’t necessarily have a profitable outcome is only just beginning.

So what will happen to the Creek Art fair next year? From the organisational point of view the main problem has always been perennial uncertainty. Last year CAF organisers got the go ahead one month before the fair started leaving no time to find sponsorship or get many participants on board. This year was much better because they were sure it would happen and could secure at least some sponsorship, but official confirmation of available houses still didn’t come from Tatweer until 2 months before the fair opened. Government support came via the Dubai Cultural Council and there was extra sponsorship from Property Company, Joudran so it seemed reasonable to assume that this year’s success would ensure more sponsorship next year and maybe more lead in time. However, uncertainty continues after Tatweer announced its definitive vision for Bastakiya on April 10th.

As usual this vision is very positive indeed but its huge advantage over the other visions is that it already has the buildings so all it needs is some conversion and serious maintenance work. It will them contain 10 galleries, 7 artist studios with residency resources for rotating international exchange programmes and a theatre for performing arts. These will be supported by 7 restaurants and cafes, thirteen shops focussing on art, fashion and design and 5 boutique hotels. The emphasis is very much on showcasing the modern culture of the UAE and the region, promoting local and regional contemporary artists and designers and creating a permanent cultural venue for residents and tourists. It will connect to the Khor project, hold festivals to coincide with other major events and will even initiate some new bus routes! There was no mention of exactly when it would be ready or what would happen to the Creek Art Fair but perhaps that now comes under the 'festival' heading. It will be very interesting to see exactly who ends up in permanent residence at the Bastakiya although I am sure that several will be familiar from the CAF. It will also be interesting to see where they get the staff!