How young Lebanese photographers see their country. Exhibition based on a workshop by Frauke Eigen. 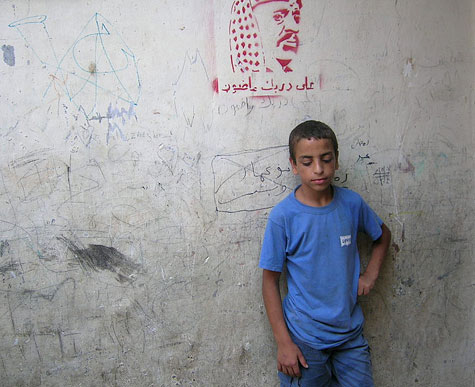 In July 2007, the Goethe-Institut Libanon invited young Lebanese photographers to a workshop to deal with the subjective mental states of present-day Lebanon. In cooperation with the German photographer Frauke Eigen, who conducted the 8-day workshop, they were encouraged to develop a visual language which enables the outside viewer to grasp the feeling of the caught moment.

The central conceptual theme of the workshop, expressed in the title: “How young Lebanese photographers see present-day Lebanon,” captures how the participants, in consultation with Frauke Eigen, were to develop an individualized notion of how each of them actually would like to express his/her idea, whether it be topics involving the current political situation, social themes or private ones.

The opening of the exhibition in October 2007 took place in a very unique venue: UMAM’s Hangar, which is located in Beirut’s southern suburbs in Haret Hreik, an area to which many Beirutis from other parts of the city rarely come. For the opening however, they came, along with people from the neighbourhood. Both the mixed audience and physical place were fitting for an exhibition which comprises so many views on Lebanon.

(From the catalog text of the exhibition)

Exhibition in Beirut and Tripoli, Lebanon, 2007
The photographs were taken in summer 2007 in the framework of a workshop with German photographer Frauke Eigen, who is also the curator of the exhibition.

In cooperation with UMAM D&R and Dialogpunkt Deutsch Tripoli