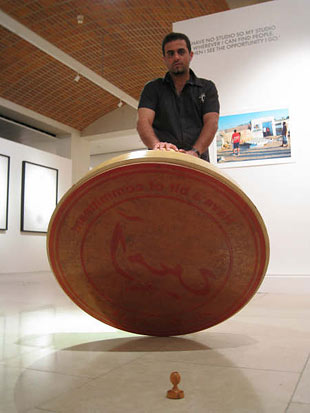 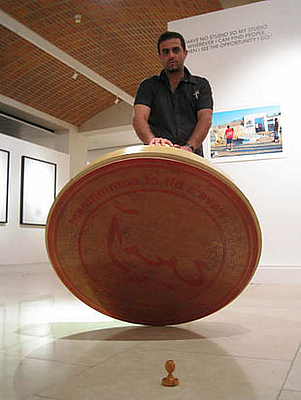 "The Stamp" is concerned with the reformation of behaviour. The text on the stamp, roughly translated from Arabic, reads as 'show more commitment', and later, 'Amen'. As an artist whose work deals in intervention there is an analogy here between the idea of delivering a judgement on your environment as an artist, and the approval or disapproval implied by Gharem's stamp.