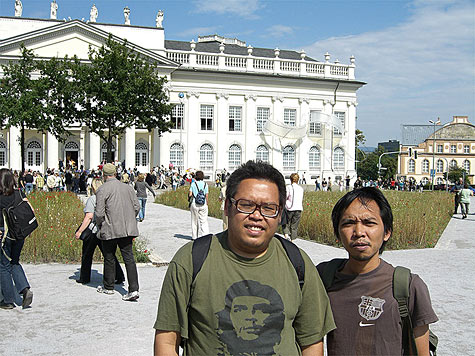 Antariksa, founding member of KUNCI Cultural Studies Center Indonesia (right), and Roslisham Ismail, co-founder of sentAp!, Malaysia. They participated at the dicussions of &apos;Asia Speaking Up!&apos;, together with 17 editors, critics and arts activists from across Southeast Asia, as part of the Documenta 12 magazines project, 6 - 12 August 2007.

Does art play any role for people? Controversial reflections on the example of Indonesia.