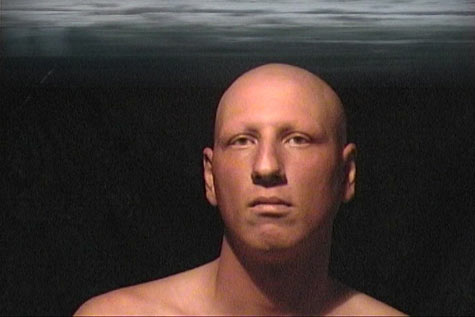 In the past ten years of the post-Soviet era, new trends expressing a stronger ethnic and cultural identity have emerged in Azerbaijani art. These new creative tendencies show a more liberated aesthetic mindset and broaden the boundaries of artistic expression in Azerbaijan.

This artistic revival happened in the late 90’s after a period of cultural stagnation, which took place in reaction to ideological enforcement and cultural assimilation of the Soviet period and later military invasion by the neighbouring country of Armenia. While being out of touch with contemporary developments, Azerbaijani art of the fall-out period was mostly characterized by folkloristic and ethnographic themes. By addressing the past, artists were attempting to "save and protect" their cultural identity.

Military occupation of 20% of Azerbaijani land, one million war refugees and other political and social cataclysms resulting from Azerbaijan’s military conflict with Armenia had a negative impact on the development of art in Azerbaijan. However, in the past ten years, contemporary art development in Azerbaijan has been on the rise.

In today’s Azerbaijan, artists are demonstrating their willingness to fit into the international art domain, to speak the same "language" with the world, while still striving to preserve their traditional mindset. Here, at the Venice Biennial, we are presenting "Omnia mea" [1] – an exhibition space that unites artworks reflecting on socio-political situations, as well as works based on interactive "play" concepts and pure aestheticism. Artists of "Omnia mea" are united by their determination to freely express their ideas while using innovative media.

Azerbaijan’s contemporary art has been moulded by two civilizations – Eastern and Western, as is symbolically represented in Rashad Alakbarov’s installation of objects. Bottles and boxes arranged on a stand cast two different shadows, depending on the direction of light: an Oriental city with mosque domes or a Western city of skyscrapers. In spite of our differences, we should remember that we still have the same source of light. We enjoy being an integral part of this multi-cultural environment.

Contemporary artists of Azerbaijan continue to draw their inspiration from the ethno-energetic memory field of prehistoric cave drawings in Gobustan, a cultural site dating back to Mesolithic period, 50 km south of Baku. The mystic art of Gobustan, along with its ancient stones and miraculously well-preserved archaic Zoroastrian architecture, provides the inexhaustible energy that charges the entire spectrum of Azerbaijani art. Before the Russian imperialism of the 19th century, Azerbaijani art developed as other predominantly Muslim countries did, characterized mostly by decorative and applied arts: carpet weaving, miniature painting and various other branches of folklore. It was both prehistoric drawings and decorative art (especially miniature painting of the Tabriz school in the XVI century) that have become the foundation on which the visual art of today’s Azerbaijan is based.

The character of Azerbaijani culture encompasses the contradictory influences of Zoroastrian, Turkic, Christian and Islamic culture and traditions. If the conscience of a contemporary artist is integrated in the world’s cultural context, his or her subconscious is open to the flowering complexity of different and at times, mutually exclusive religious and cultural traditions. These traditions - intertwined and moulded by history and time into our syncretistic spiritual reality - have formed the Azerbaijani cultural identity of today.

Azerbaijan’s inclusion in the Russian Empire at the beginning of the 19th century introduced the country’s intellectual elite to European cultural values. This subsequently enriched local forms of art and introduced painting, graphics and sculpture to Azerbaijan.

Socialist Realism was the only officially endorsed direction of Azerbaijani Soviet-era art. While not forbidden, it was not recommended to brave going outside such restrictive and predetermined themes as "socialist" labour (oil workers, cotton farmers, repairmen), achievements in sport, leisure and other themes of socialistic art. Those artists who searched for stylistic forms outside of the cultural and ideological propaganda of the Soviet period were excluded from official recognition in Azerbaijan. In spite of their talent and artistic audacity, they remained outsiders and their work rarely made it into "legitimate" exhibitions.

As a result, along with a circle of officially recognized artists whose creative approach and style either organically fit in with the system of beliefs of Socialist Realism or did not conflict with it, by the beginning of the 70’s, there emerged a thin but radiant layer of individuals whose innovative approaches brought down the restrictive mental barriers of socialistic painting. These artists were not political dissidents. They were more concerned with of a more formal and stylistic aesthetic dilemma. Nevertheless, their exploration of new forms of painting brought them into conflict with the existing ideological regime. Consequently, these individuals, these non-conformist artists working actively in the 70’s and 80’s have become the engineers of innovation in Azerbaijani art that came after 1985 and resonates still today.

Ministry of Culture and Tourism of the Republic of Azerbaijan