Expectations and controversy around the inauguration of the National Art Gallery in Islamabad. 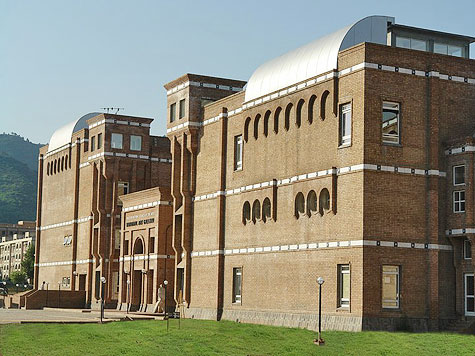 An uninformed observer might be forgiven for being surprised at the vibrancy, originality and diversity of contemporary Pakistani art. A country that is associated globally with its troubled past and its tumultuous political present, Pakistan has nevertheless (or perhaps resultantly) produced a number of artists and artistic movements as well as several distinctly individual, national and regional modernities. These artists, several of whom have in the past few decades developed global reputations, have largely been trained and supported by Pakistan’s art academies; from the venerable National College of Arts to more recently founded institutions such as the Indus Valley School of Art and the Beaconhouse National University. However, artists have generally suffered from a dearth of exhibition facilities, a point that is now exacerbated by the transformative force of the emerging biennial culture, as young practitioners increasingly require and expect spaces that can accommodate their video or digital works, large scale installations and performances. Additionally, the global trend towards curatorially focused exhibitions cannot be sustained by the small number of privately owned art galleries and dealerships, and it is in this context that the inauguration of the National Art Gallery in the capital city of Islamabad has created such expectations and attracted such controversy.

The design for the gallery, by the Pakistani firm of Suhail and Pasha, was approved almost two decades ago, but successive Pakistani governments had dragged their feet in getting the project completed. A personal intervention or diktat by the country’s presently beleaguered President General Pervez Musharraf led to the gallery finally reaching completion at its prominent location near the Parliament house and the President’s official residence, at a cost of 450 million Rupees (approx. 5 million Euros). However, shortly before the inaugural exhibition featuring the most prominent of the established and emerging Pakistani artists, the gallery nearly fell prey to political turmoil yet again. For a change, however, this time the politics were of the cultural variety, waged between the Visual Art establishment and the Performing Arts organizations in Pakistan, who sought a share of the space, facilities and glamour attached to the prestigious project. The peculiar divisions between disciplines (which are often traversed by artists themselves) seemingly reacquire special significance in organizational or administrative matters; highlighting as well the philosophical and critical gap separating Pakistani contemporary visual art from related cultural activities in the spheres of dance, music and theatre. The conflict, played out between government offices and artistic alliances with different agendas, was eventually resolved and the exhibition did eventually take place, albeit later than expected; and not without underscoring the fact that culture, like anything else in Pakistan, depends to some extent on arbitrary decisions from the highest levels, such as the one that gave birth to the gallery in the first place.

No uncertainties or organizational frustrations could, however, detract from the range and ambition of work on display; the inaugural exhibition has been reported widely in local and international media, garnering praise for the politically charged and ideologically subversive content of some work. The courage of the curators involved must be valued in light of the prevalent rigidity of popular and official views on the depiction of nudes and on traditional values and respect for authority. Official censorship, in the form of a specially appointed panel, has negotiated the boundaries between intellectual support for freedom of expression and the inherently conservative nature of Pakistani society at large and has for once erred on the side of generosity. Several factors contributed to this victory for liberal forces in the local art scene, including the powerful advocacy of figures such as the painter and educator Salima Hashmi, the collective and vocal support of artists through internet petitioning and the visible and undeniably attractive recent development of contemporary art markets in South Asia.

It is tempting to see the National Art Gallery as a microcosm, replicating Pakistan’s ideological struggles within its walls and in the offices of curators and funding committees. In addition, the creation of a "National" gallery in an era when the idea of nationhood is increasingly fragile or sometimes even marginalized in the wake of revolutions in thought, communications and the flow of capital is already precariously close to an anachronism. However, understood as an event within the history of Pakistani art and not simply as another exposition centre/biennial venue/cultural investment, the gallery can begin to frame the questions of nation, belonging and difference that mark a path to the present in the brief history of visual art in Pakistan.

Artist and writer based in Karachi, Pakistan.

The images are courtesy of VASL