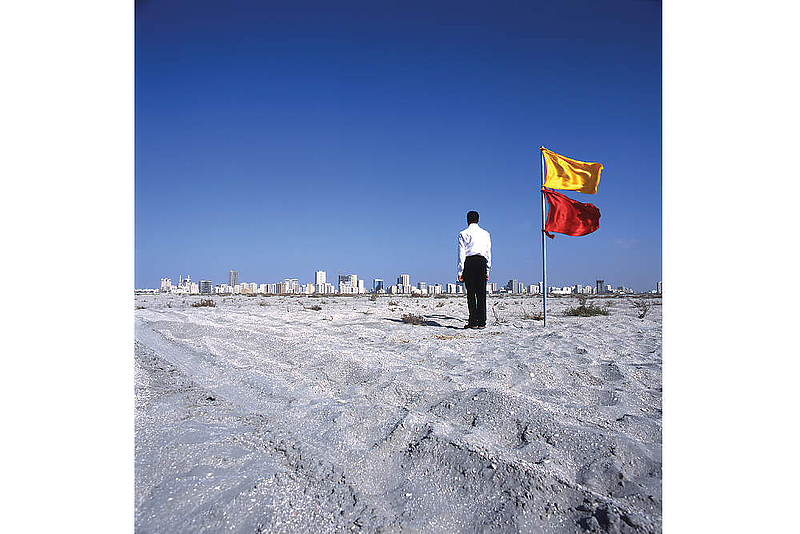 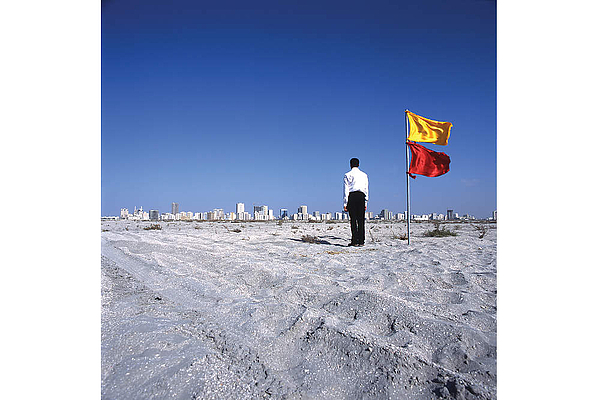 The best-known photo series in this group of works is "Autobiography 4", from 1997, because some of the photos appeared in 2003 as the central advertising motifs on the poster, catalog, and other printed matter for the 6th Sharjah Biennial. On more than 40 photos, Mohammed Kazem stands beside flags and gazes into the landscape, always turning his back on the viewer, thus permitting the latter to participate in his contemplative gaze. The completely neutral, improvised flags mark a zone of urban development in Al Mamzar, a previously hardly built up area that stretches from the Emirate of Sharjah as far as neighboring Dubai. In some of the pictures, the landscape appears practically untouched, while on others one sees streets and blocks of buildings under construction or already completed urban districts. Kazem said he wanted to remind the viewer of the appearance of the first flags in this empty landscape and make him aware of how fast urbanization proceeds and one’s own area of life thereby changes. He explicitly aims to stimulate thinking about the consequences for the natural environment.

A pioneer in the use of video and new technologies in artistic creation in the United Arab Emirates.