In the City and on the Street

At the 4th Circle Exhibition, artists from several countries showed their works throughout Muscat, Oman, 2005. 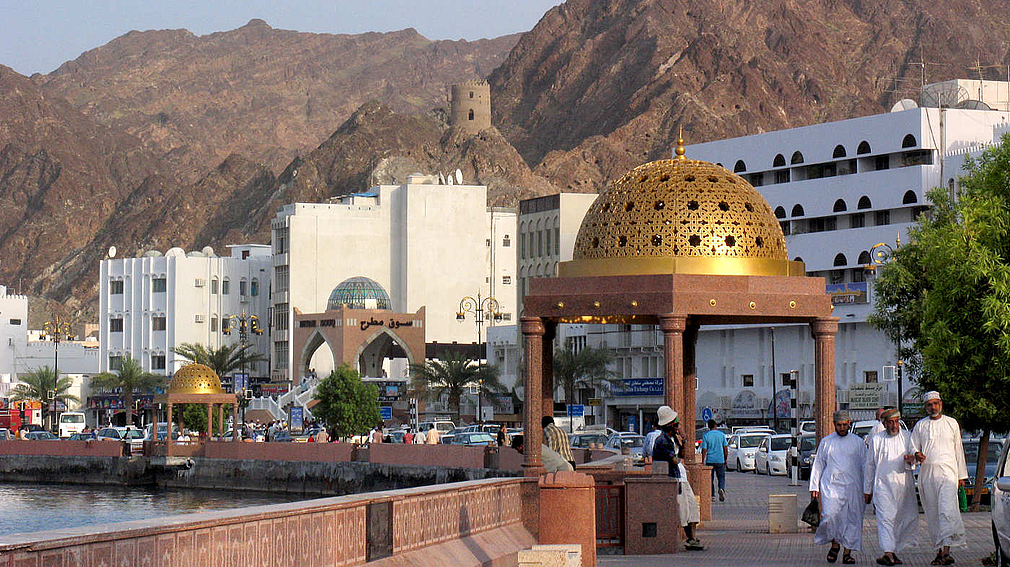 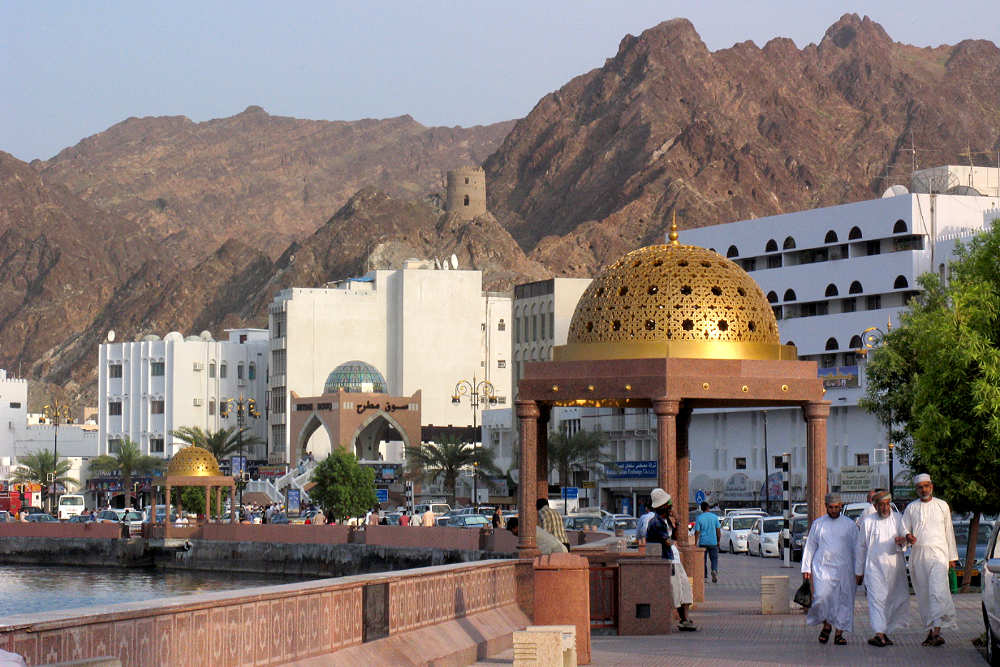 Circle artists are anything but conventional. This year, for the fourth Muscat Circle Exhibition, they have taken to the streets with contemporary installations out in the open air in Al Khuwair and Mutrah Souq. Indoors, they are at the Bait Muzna Gallery and at the new Bait Al Baranda Museum.

This art is not hung or placed in a traditional manner, but "installed" in ways that change the surrounding space and challenge static viewing conventions. Installation art is meant to give the viewer a conceptual experience. Any medium may be used, but usually there is a sculptural dimension and often there is motion.

The Circle began with a handful of pioneers in Muscat’s avant-garde art community, including, in particular, the Omani artists Anwar Sonya and Hassan Meer and the Austrian artist, Sini Coreth. For this exhibition only four years later, twenty-six local and international artists came to display contemporary artwork in the four different venues stretched across the city. Of these artists, almost half are from Oman. The International artists span the Gulf region, Pakistan, Lebanon, South Africa, Austria, and Germany. It is a mark of the increasing maturity of the contemporary art scene in Oman and the region that the exhibition attracts an increasing number of artists from abroad and that so many local artists are participating.

Visitors to Muscat invariably admire the cleanliness of our city with its immaculate streets and roads. Budoor Al Riyami, one of the local Circle artists, brings the street cleaners to our attention in a sensitive and thought-provoking installation titled "Brushes in Cages." We see the brushes at the end of their brooms and we see the act of sweeping, but only at boot level. The faces and bodies of the workers are not visible. In art, as in their working lives, they are anonymous, faceless, and invisible, seemingly unimportant except for the act of sweeping.

A suite of arresting photographs, titled "A Smile – Photo Painting," on exhibit at the Bait Muzna Gallery, is by the German artist, Antje Manser. Not in color, and with a brilliant use of smooth grey tones, Antje’s photo paintings give the impression of restrained optical art. Another series by Antje on the same theme is on display at Bait Al Baranda.

Well-known Omani conceptual artist Hassan Meer chose his simple Al Khuwair studio as the subject for his latest video installation. Earlier video works encompassed a range of existential and religious subjects including alienation, ambiguity, identity, death, and the precarious spiritual path. Now, at the Fourth Circle Exhibition, fully at home with the medium, Hassan is experimenting with style and technique through a more immediate concern – the content and texture of creative activity on a personal level.

Moosa Omar has set out three rows of cloth mats diminishing successively in number from nine to seven, and then one at the top, heading the rows. The rough cloth is painted with Moosa’s own distinctive form of hieroglyphics – arrows, eyes, quarter moons, chickens, a palm tree. The decoration is muted, the mood peaceful, as in prayer.

Going to Mutrah Souq is always a rewarding experience, and not just for the treasures one might find. The Souq has long been a crossroads of many different cultures, a place with the flavors of the Orient and Africa that is nevertheless distinctly Omani. Renowned Omani artist Anwar Sonya chose Mutrah Souq for his mobile installation called "Reflection." He carried a giant mirror with reflection on both sides. Anwar’s watchful camera films the two-sided reflections on how the Souq, now several centuries old, is changing with the times.

Always thinking of new ways to engage viewers in her work, Sini Coreth set up a big-screen video installation at the main entrance of the Mutrah Souq so that passers-by could project their own "Bluetooth" images from their mobile phones. Sini printed the images and had them signed by the mobile photographers. This was of course a very popular feature, drawing crowds of excited participants and curious onlookers. As Sini said, "What better way to take art into the street!"

The work of each of the twenty-six Circle artists is inventive and thought provoking. Like the ripples that appear in a pond after a stone is thrown, the Circle is spreading and as it spreads it becomes more powerful in its aim of creating a new language for contemporary art in a global world.

Canadian educator and writer, based in Oman since 1997. Presently she is an advisor in the Ministry of Higher Education. 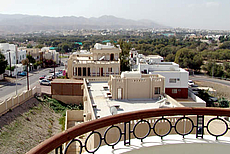 Installation and video art by artists from Oman, the Arab World, and other countries. Curator: Hassan Meer. Muscat, Oman, 2005.