Iranian Art Today; works by 17 artists at the Museum for New Art in Freiburg, Germany. 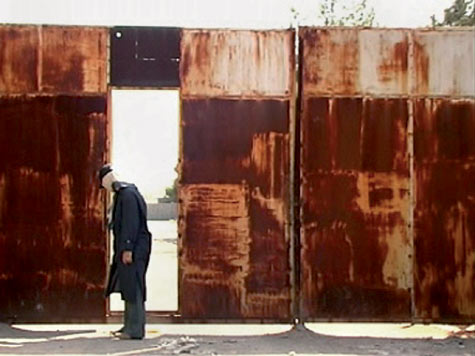 The Museum for New Art is showing contemporary art from Iran, curated by Isabel Herda and Nicoletta Torcelli. The exhibition is embedded in an extensive framework program of the city of Freiburg in a cultural exchange with its partner city Isfahan.

As is well known, the media world seems to find it colossally difficult to avoid reference to Primitivism in the visual implementation of Middle Eastern themes. It is no coincidence that one hopes for an alternative, intelligent being when exhibition organizers plan a comprehensive presentation of contemporary Iranian art. But the art is especially drawn to the spectacular and the neo-exotic, so that the traps of market-strategic post-colonialism must also be avoided.

Let us note in advance that a visit to the exhibition in Freiburg is rewarding. The artistic concept is "to reveal the contradictions of Iranian society". 17 artists who live and work in Iran present their positions. Collected are a substantial number of smart works that describe the general climate by throwing precisely focused light on daily experiences.

In the video work "Silence" (2005) by Simin Keramati, we see two men’s hands, marked by hard labor, counting the beads of the Muslim equivalent of a rosary. The close-ups of the gestures and the loudness of the clicking beads turns what is basically quiet contemplation into an imperious act that defines space and time.

Fragmented space also characterizes the large-format painting by Ahmad Morshedlou. The artist arranges his realistically painted figures in hints of dark walls and corridors, has them stand there motionlessly with hanging arms, defenselessly exposed to the viewers’ gaze – and yet they seem to observe us from the corner of their eyes, waiting: touching and uncanny at the same time.

The installation "Anonymous Martyr" by Mahmoud Bakhshi-Moakhar, too, is devoted to the dark climate in dealing with the Iran-Iraq War (1980-1988). Using simple objects, the artist analyzes how the recent past continues to traumatize. The government still misuses the fallen young men for propaganda purposes, raising them to servants of the state ideology and simultaneously sullying them. Through a door peephole we see the video of a young man smoking, eating, and speaking, for life goes on in the narrow private sphere.

A bitter glimpse into the aesthetics of everyday life is conveyed by investigations of advertising conducted by Shirin Aliabadi & Farhad Moshiri, who are showing disparate series in Freiburg. Thus, we can compare advertisements from the time before the Islamic Revolution with censored images from Iranian fashion magazines and then note the made-up faces of Iranian girls with which the advertisers solve their problem; enticing people to consume is a global phenomenon.

Both Khosrow Hassanzadeh and Barbard Golshiri trace the symptoms of contaminated words. In a wonderful series of silkscreen prints, Hassanzadeh portrays the members of his family with their own respective icons. The subtle characterization stands in contrast to the title "Terrorist", the term frequently applied to people from the Middle East. In a video work, Barbard Golshiri shows a girl in front of an open window trying to pronounce the word aleph (the first letter in both Semitic and the Greek, Western alphabet). The attempt succeeds only after several minutes – minutes that place a physical burden on the audience.

Finally, the exhibition shows paintings by Akbar Mikhak, an important representative of Iranian Modernism and an older generation of artists who bring together the tradition of abstraction (for example, calligraphy) and Western isms. Within the selection of the Freiburg ensemble, however, Mikhak’s works seem outdated. Undoubtedly, a pictorial discourse on Islamic modernity could be opened up on the basis of this movement (which the younger scene rejects), a modernity caught between compulsive conformism, appropriation, and the search for one’s own roots. But that would be a theme for another exhibition.