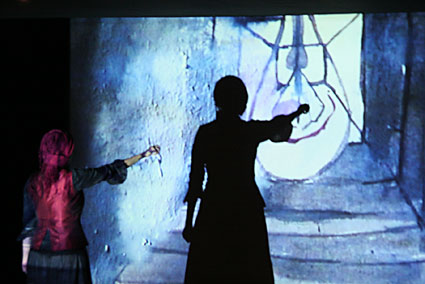 It’s all a little like at a family gathering. Friends from all over the world come together; many, almost most of them, have come home. And nonetheless there is a certain melancholy in the air around the Home Works Festival III. Beirut and its white buildings, the unrivaled light, and its rapidly falling nights in November have less to do with this mood than does the simple certainty that it looks like this third forum for curatorial practice will be the last one convened in this form. Art from Beirut (still) enjoys the flair of the exotic on the international stage of curators, institutions, and the market; and the number of emissaries from institutions and major artistic events is still surveyable. But that could change quickly. Possibly too quickly, before the scene here has stabilized and taken form.

Artists and cultural workers from all over the Arab world – returnees, natives, and immigrants, mixed with visitors from Berlin, London, Paris, and New York – crowd closely together in the foyer of the former movie house Masrah al Median in the once legendary shopping street, the rue Hamra. To judge by the bustle, Beirut’s art scene must be flourishing and enjoying a dense local and international following. Like its two predecessors, Home Works III lives from the energy and enthusiasm of its organizer, Christine Tohmé. For years, she has dedicatedly challenged Beirut’s artists, offering them a platform with events throughout the year and this forum, ideally to be held every one and a half years.

Despite the intended challenge and enticement, Home Works III remains oddly undecided. It is like a party with good friends; one has already said all there is to say, and the stimuli or willingness to deal with new themes is lacking. Symptomatic of this is the opening exhibition. No real festive feeling develops in the whitewashed, brightly lit, almost perfect gallery rooms of the Sfeir-Semler Gallery (from Hamburg and here for almost a year). The works by Lebanese artists seem oddly lost when set in direct juxtaposition to works by artists from other regions. One would like to delve into this fascinating aspect of failure and investigate why the hype-able art from the Arabic world seems so pallid in the White Cube. Questions and more questions about precisely those "curatorial practices" that Home Works has made its primary focus need to be discussed and answered. But this forum is not held. And thus the lack of a continuous site for visual art and a continuously occupied space in Beirut is painful.

All the denser and more comprehensive are the film and video program and the lectures and discussions in the framework of Home Works III. Here in the darkness of the projection room, the whole richness and multi-facetedness of the region’s artistic creation unfolds. In a further processing of his study on the Shiite festival of Ashura [2], Jalal Toufic shows never-before-seen, slow motion views of the relationships, yearnings, and feelings of the self-flagellants. This seems to me one of the most important discoveries of these November days in Beirut: thematizing love from the viewpoint of the religious. For Jalal Toufic, one of the most intellectual of the Beirut artists, the point is not the beauty of fanaticism, but the examination of the moment of ecstasy in all its shades.

A completely different form of sublimated love is the theme in Ayreen Anasta’s video essay on Pier Paolo Pasolini’s journey to Palestine in the year 1963. "Pasolini Pa* Palestine" tries to follow the trail of the great filmmaker when he was seeking motifs for his "Passion According to Matthew". Ayreen Anastas was born in Bethlehem, studied in Berlin, and has lived for several years in Brooklyn. She has a light touch when dealing with subjects and motifs and when shooting in Israel and Palestine. Her pictorial ease brings something like an at least situational normality into the projection room for several minutes. The world in southern Lebanon, beyond the border – fictional, because nonexistent in official diction – is suddenly very real. Here, as there, the same unique light, the heavy earth, and the washed-out stone – for a moment, Anasta’s film calls forth something like cheerful concern among the principally Lebanese audience.

Otherwise, the festival showed lots of self-reflecting film creation. The civil war and its results are still intensely present. The constant distrust and the never-ending questions of guilt and expiation remain the most important reference points in the life and work of the Lebanese artists. How close fiction and reality can be is revealed in a performance by Walid Raad that was created in collaboration with Naeem Mohaiemen, an activist who lives in the USA. Their documentary fictions or fictional documentaries about Muslims who have disappeared or been kidnapped in the USA and Europe are constructed with as much suspense as crime films. The news about Khaled el-Masri in December 2005 revealed how fast fiction can turn out to be reality. His case almost leaped from the performance stage directly into the headlines.

Between 1985 and 1988, the abduction of the two Frenchmen Jean-Paul Kaufman and Michel Seurat had a prominent place in the news. While Kaufman’s kidnappers released him in Beirut after three years, Seurat disappeared after eight months in captivity. Omar Amiralay, who was born in Syria but has lived for years in France, has shot a distanced portrait, full of restrained emotion, of the two friends. With oriental modesty, it comes so close to the vanished Michel Seurat that one almost sees and feels him through the projection screen.

Some visitors to Home Works III will search in vain for their own Orient in the wealth of offerings in the program. In their play "Who’s Afraid of Representation", actors Lina Saneh and Rabih Mroué believe they have found entanglements between Orient and Occident. The theater man and journalist Mroué deals refreshingly irreverently with the art history of Actionism from Günter Brus to Chris Burden, Gina Pane, and Valie Export. Skillfully, he mixes their self-injuries and experiments with moments of the civil war and, in a parallel plot, gives a voice to the office worker Hassan Maamoun, who, lacking words, carried out a massacre on his colleagues one day. The Arabic text with its profuse invective and explicit sexual words had to be toned down for the censor; in translation, the original diction resurfaces. The nuances, which led the audience to everything from smirks to loud laughter, were lost on those who had to rely on the translation. Too bad!

Home Works III did not blaze new paths to art in the Arab world, but it made it clear that this scene must consolidate itself and in a certain way re-invent itself. It is hard to deny that few new developments were visible. Amal Kenawy ( Egypt) and Akram Zaatari could point art in Arab countries in new directions. Christine Tohmé and her associate Ashkal Alwan must new create new landmarks. After the stages of self-reflection and self-assertion, it is now necessary to debate more aggressively, internally and externally – and take painful losses and virulent new discoveries as part of the bargain! 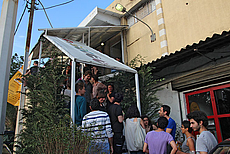 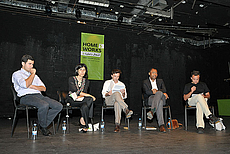 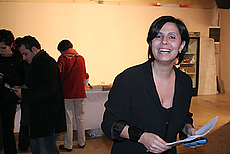 The Lebanese Association for Plastic Arts, founded by Christine Tohmé in 1994 in Beirut. 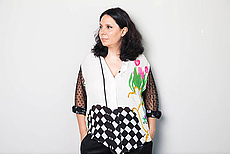