Nazar - Photographs from The Arab World

The Arabic world is the focus of the 11th Noorderlicht Photofestival in the Netherlands. 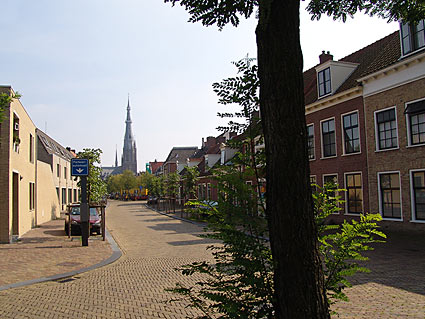 From its inception in 1990, Noorderlicht has been a platform for photographers who are in search of new visual forms and use the medium to investigate and visualize society. It is an annual international festival, taking place alternatively in Groningen and Leeuwarden, the Netherlands

After highlighting African and Latin American photography in previous years, the focus for Noorderlicht 2004 is the photography from the Arab world.

Under the title NAZAR, which in Arabic means &apos;seeing, insight, reflection,&apos; the organizers hope to show with this festival a "kaleidoscopic portrait of the Arab world behind the newspaper headlines and &apos;breaking news".

The works of over 50 photographers, whose origins are Arabic as well as &apos;western,&apos; are presented at three locations in Leeuwarden:

Fries Museum: Arab Eyes
The central exhibition, with works by more than 20 contemporary photographers from 11 Arabic lands, shows both the quality and diversity of Arabic photography.
The Manege: Western Eyes
In the former Manege, converted for exhibition space, the Arab world is shown primarily from the perspective of &apos;western&apos; photographers. With great personal commitment, they as well hope to show the true face behind the day-to-day breaking news.
Museum Het Princessehof: A Look Back
This exhibition is dedicated to historical photography. The displayed photographic works date, for the most part, from the first half of the twentieth century, and come from archives and collections in both the Arab and western world.
Photographic Impressions by Anas Al-Shaikh

Anas Al-Shaikh from Bahrain was among the participating photographers invited to the opening on September 4, whose work we presented in detail in our online magazine.

The selection of photographs that he kindly made available to us were taken during his stay of two days in Leeuwarden. His photographic impressions convey at this point an overall sense of the event.