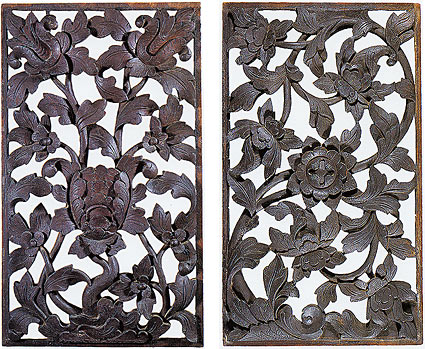 Malay Woodcarving in a Contemporary Context

Parts of elaborate screens and wall partitions from Istana Srei Akar, the Kota Bharu residence of the last Raja of Pattani, in the late 19th century. The panels were made by several different carvers, some of them Muslim Chinese immigrants.
Cengal wood, 56 x 32 x 4 cm

The Struggle for the Heart and Soul of Art and Culture in Malaysia. Malay woodcarving in a contemporary context.