Emily Jacir: Where we come from 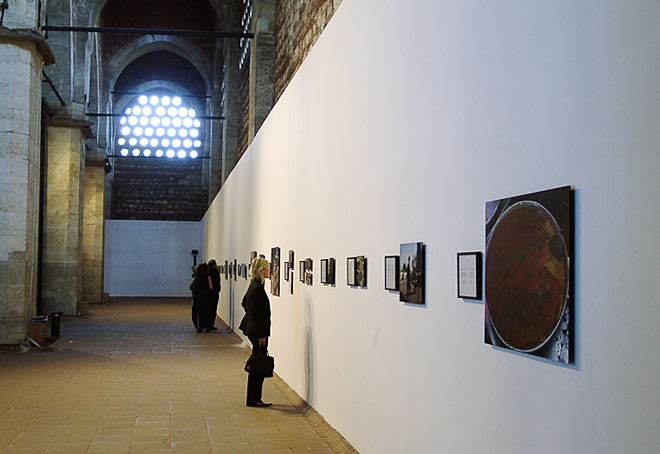 The works by Emily Jacir presented at this year’s Biennale in Istanbul are most certainly amongst the most convincing within the theme of "Poetic Justice". As stated in various announcements, Dan Cameron’s concern with this concept was a field of creative activity, filled with the interplay of apparently quite opposed forces such as the aesthetic qualities of poetry and the strive for justice.

In the Tophane-i Amire cultural centre, originnaly a cannon foundry and barracks building constructed in 1451, Emily Jacir shows her installation "Where we come from"; it consists of photos, related texts, and a DVD projection.

Starting point of the piece and of the action it is based on, is the following question, addressed to Palestinians living in exile: "If I could do anything for you, anywhere in Palestine, what would it be?" The artist exploited the liberty of movement (still not void of danger) provided by her passport issued in the United States to fulfill the wishes she received, as far as this was in her hands.

Here are some examples:

"Go to Haifa and play soccer with the first Palestinian boy you see on the street."

"Drink the water in my parents' village."

"Go to Bayt Lahia and bring me a photo of my family, specially of my brother's kids."

"Go to the Israeli post office in Jerusalem and pay my phone bill."

"Go to my mother's grave in Jerusalem on her birthday and place flowers and pray."

"Do something on a normal day in Haifa, something I might do if I was living there now."

In her installation, Emily Jacir documents the wishes and the fate or status of the people, who expressed them and then what she did in order to fulfill each wish. The artist has selected 12 concise examples for publication in this magazine.

The piece was originally commissioned for Al-Ma'mal Foundation for Contemporary Art, Jerusalem, Palestine. 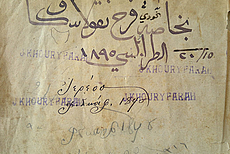