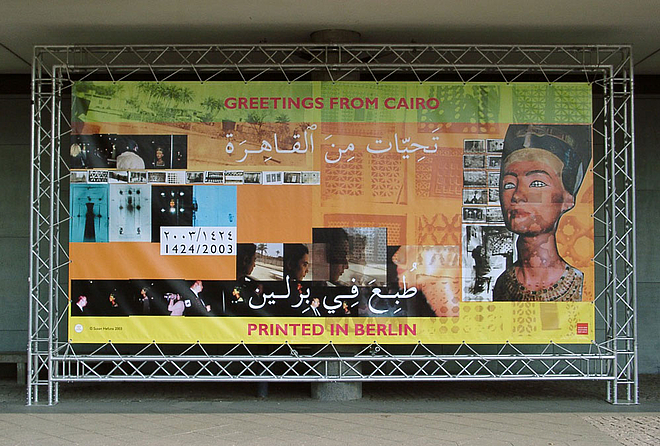 The DisORIENTation program in the House of World Cultures in Berlin met with unexpected interest; this was largely due to current political events. Indeed, the war in Iraq began on 20 March 2003, the same day as the opening. In consequence, the perception of the project was subjected to a context that had evidently played no role whatsoever in the planning and rather impeded a differentiated view of the exhibited works. The intention of both the artists and curator – Jack Persekian, who currently lives in East Jerusalem – was to confront the "desires and prejudices of political voyeurism" with a radicalism that renders "all conventional categories obsolete".

Our tour gives you an idea of how this statement is articulated in the exhibition. We are unfortunately not able to document all the works; anyway, single photographs of videos and installations can only give an inkling of what the piece is about.