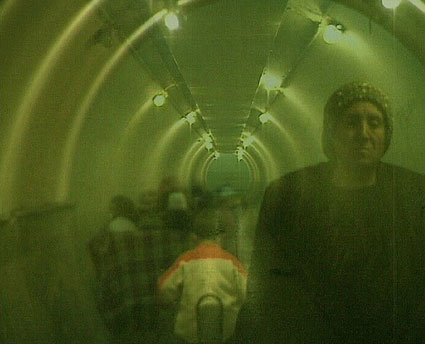 Catherine David focuses the new stage of her long-term project (see our information on Beirut / Lebanon) on Cairo and Egypt. It aims to introduce works realized in different media through which the authors confront the urban and social realities of contemporary Cairo.

In comparison with other countries of the Middle East, David sees in Egypt a heightened awareness of the own cultural continuity and a deep-rooted tradition. The development of a modern movement, however, has been blocked by structural limitations such as mediocre academic training, restricted access to information, and lack of cultural public space and debate.

Encouraged by the support of private initiatives, a new generation of Egyptian artists is now emerging. The challenge is to articulate and consolidate a critical culture able to deal with the complexities of the contemporary Egyptian context, and to oppose the "simplifying procedures of standardization and codification" in the dominant visual culture.

"Contemporary Arab Representations, Cairo" is organized and produced by Witte de With, Rotterdam and the Fundació Antoni Tàpies, Barcelona.