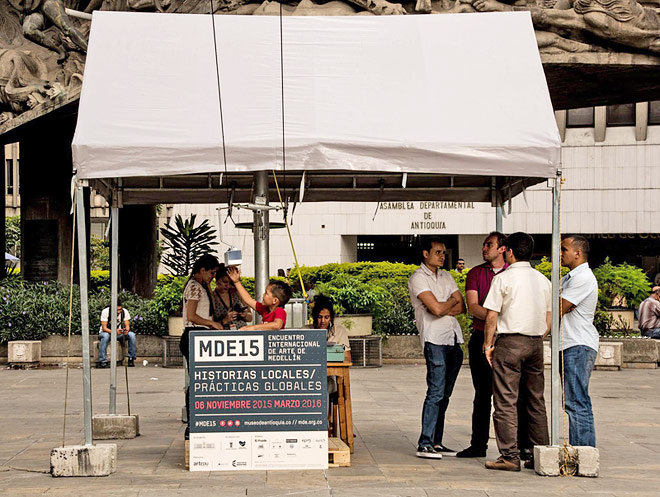 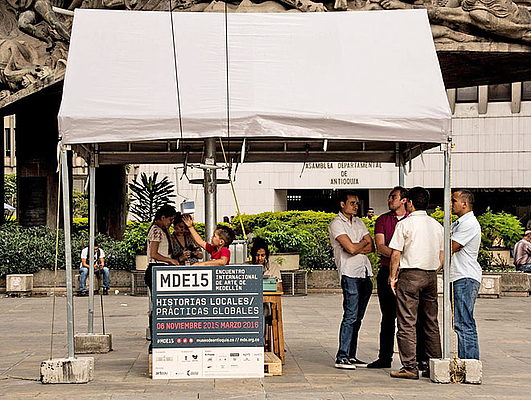 Letter Cable. 2015
Installation
Xhafa is known for works that could be described as "actions" or conceptual strategies which challenge cultural stereotypes, preconceived prejudices and institutional structures. Often exploring the modes through which contemporary society functions, he investigates social, economic and political realities to ultimately critique consumerism and its driving mechanisms.

The artist once stated: "Reality is stronger than art. As an artist I do not want to reflect a reality but I do want to question it. My social upbringing does not embrace rational linear actions. I approach the world and life with primal instinctive behaviour".

For MDE15 Xhafa presents a new commission, Cartacable (Letter Cable). The work is an immediate reaction to his first meeting with Medellin, an intensive experience that is metaphorically shaped in the proposal to build a cable connecting the street level with the Mayor’s office, allowing the citizens to share their concerns through written messages, on a virtual one to one with the Mayor.