On 11 June 2022 suddenly passed away Tarek Al-Ghoussein, Palestinian/Kuwaiti artist, photographer, and inspirational teacher of younger generations in the Middle East. 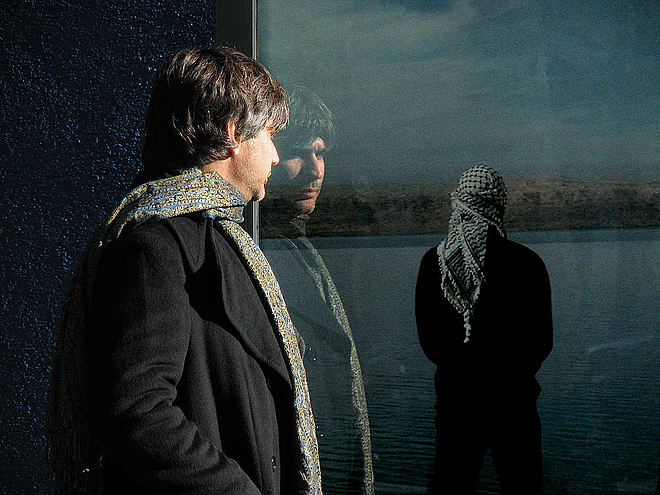 Tarek Al-Ghoussein was born in Kuwait in 1962, where his family lived as Palestinian exiles. After his BFA from New York University and his MA from the University of New Mexico he worked as photographer in different countries, finally settling in the United Arab Emirates. He was professor at the American University Sharjah, School of Architecture and Design, and professor and Director of the Master of Fine Arts degree programme at New York University Abu Dhabi.

He exhibited extensively in Europe, the USA, and the Middle East, and was one of the two artists in Kuwait's first national pavilion at the 55th International Art Exhibition, La Biennale di Venezia 2013.

The visualization of his Palestinian identity and the unfulfilled longing for the never seen homeland were a constant in his photographic work. Over time, his photographs became existential metaphors of life as journey and homecoming at the same time. His last long-term project "Odysseus" on the Abu Dhabi Archipelago was an epic photographic journey of perpetual return.

Since we first met at the Sharjah Biennial in 2003 and invited him to exhibit in Berlin in 2004, we became close friends.
Farewell, dear friend, we will miss you so much ... 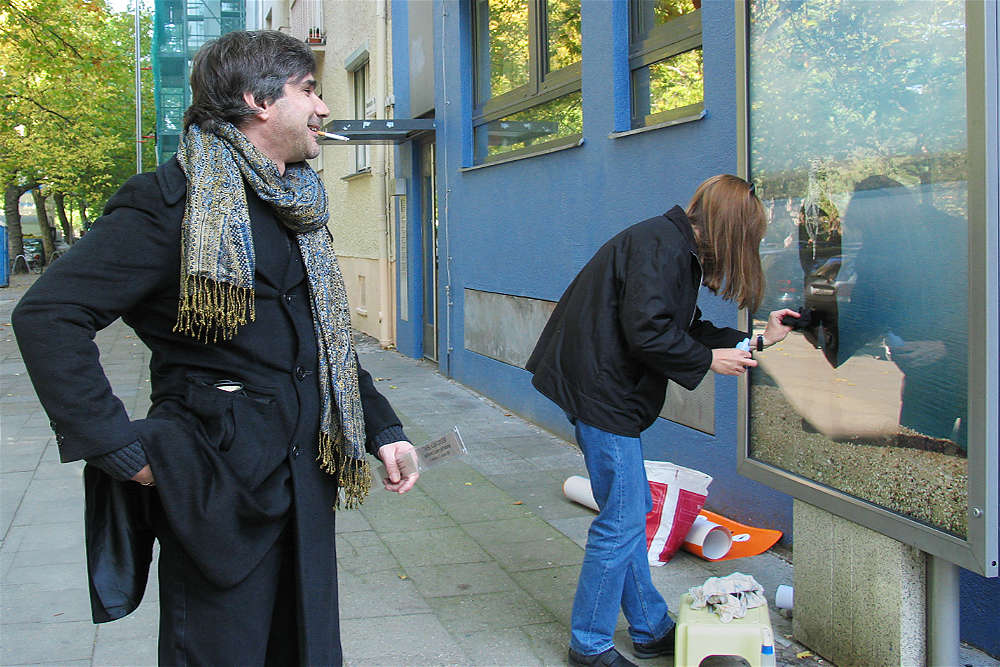 Tarek Al-Ghoussein setting up his artwork in Berlin, 2004, together with Pat Binder. 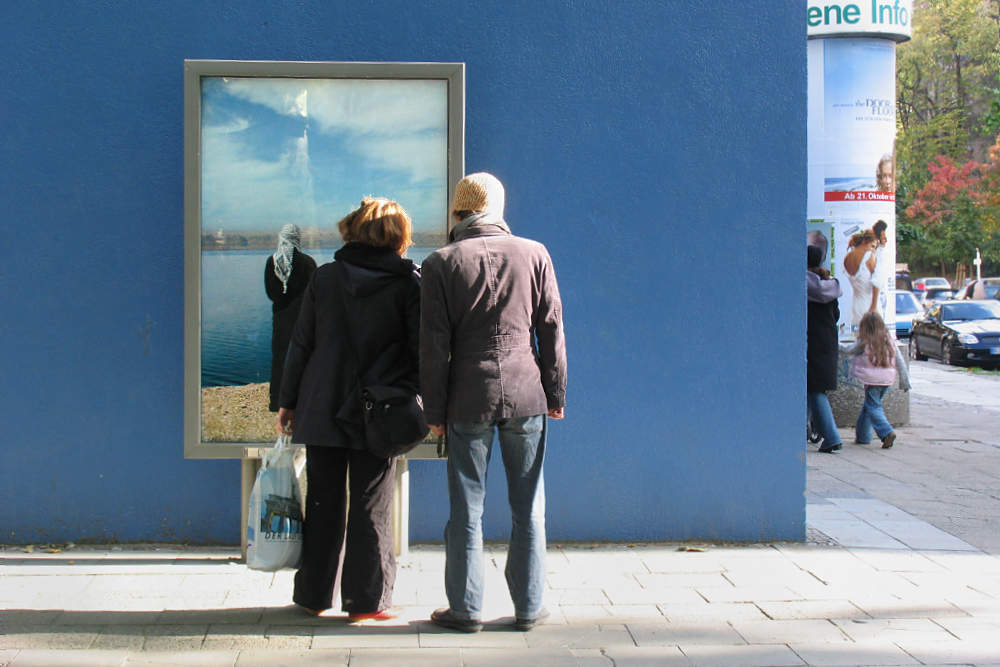 Tarek Al-Ghoussein in UiU ►
Presentations of projects, articles, photos of his works in group exhibitions, published in Universes in Universe since 2003.